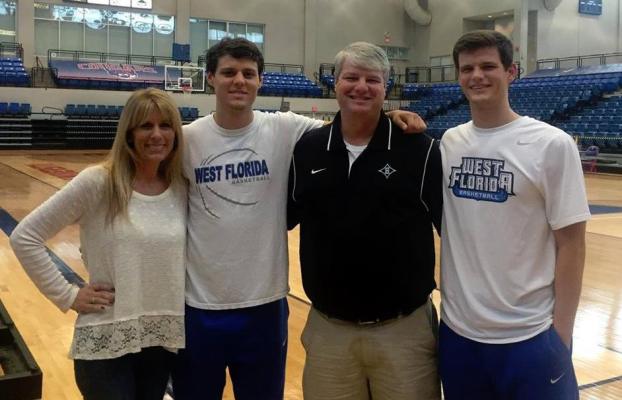 Josh Laatsch, a former basketball player at Briarwood Christian School, has gotten his first head coaching job at the high school level at the age of 24. (File)

Laatsch, the son of former Briarwood and Helena and current Spain Park head coach Chris Laatsch, had an impressive career at Briarwood before going on to play collegiately at the University of West Florida.

Since his playing days came to an end, Laatsch has followed in his father’s footsteps going on to be an assistant basketball coach at Mosley High School in Panama City, where he was also the head golf coach for the past two years.

Now, he’ll get a shot to lead a boys basketball team for the first time in his young career after being hired by Arnold High School to run its team for the upcoming 2019-2020 basketball season.

Moving just a few miles down the road from Mosley, and just down the coast from Pensacola where he attended college, Laatsch will be familiar with the area, and seems to be in a good spot.

Arnold has had its share of struggles in recent years, with its last winning record coming during the 2014-15 basketball season.

Laatsch hopes he can step into place and turn the Marlins’ fortune around with an array of experience at the high school and college level both as a player and coach.

During his successful stint at Briarwood as a player, Laatsch was one of the county’s most consistent players and always showed great teamwork.

During his senior season with the Lions, Laatsch averaged 14 points, seven assists and two steals per game. His hard work and team effort saw him voted as the team’s MVP during his junior and senior seasons.

He was also named to the All-County team during both of those seasons, earning an honorable mention spot as a junior and a first team nod as one of the five best players in the county during his senior season.

Now, as a guy who has also spent time as a pastor, he’s hoping to not only share his knowledge of the game, but have an impact by molding young minds both on the basketball court and off.

At just 24 years of age, it’s an incredible feat to be named head coach of a high school basketball program, something that bodes well for his future in the sport.