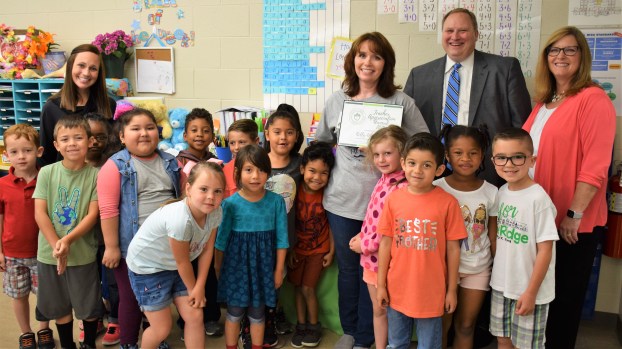 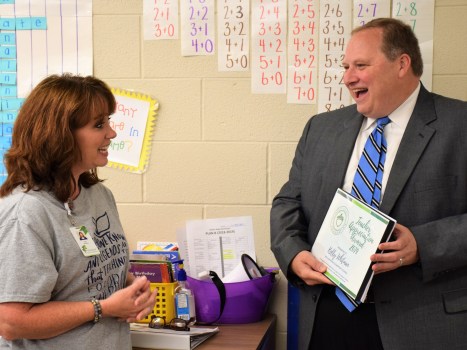 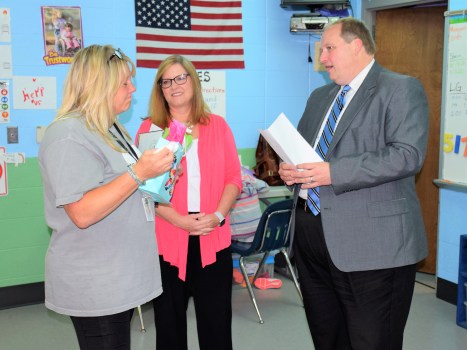 Pelham Oaks special education teacher Cyndi Mason, left, was shocked to find that she was the winner of the Teacher Appreciation Award presented by the Pelham City Schools Foundation. (Contributed) 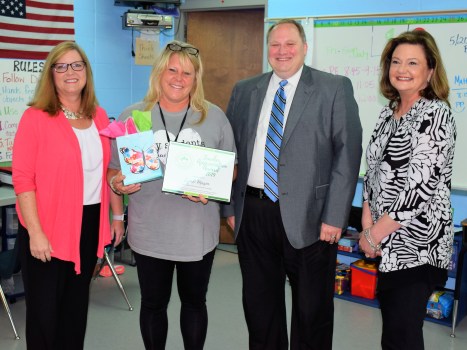 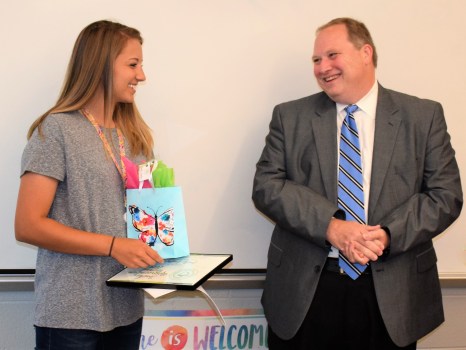 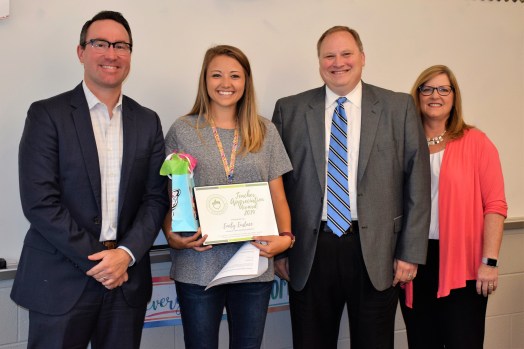 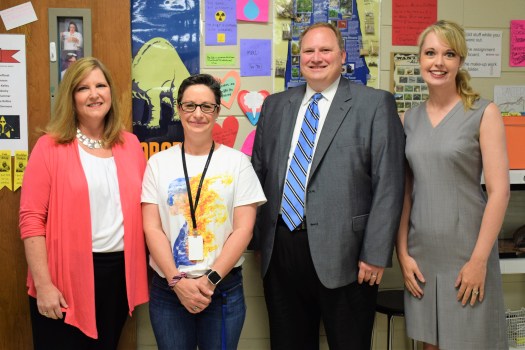 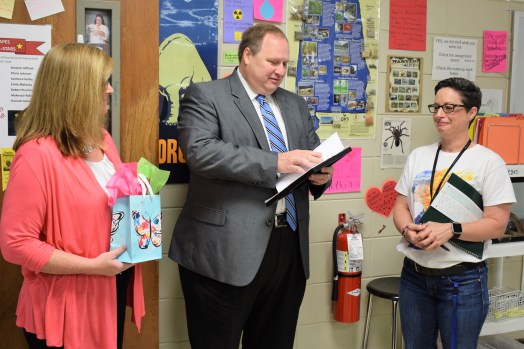 The foundation wanted to recognize teachers who went above and beyond throughout the school year to make a difference for their students. The foundation accepted nominations from parents, students, community members and other teachers.

Foundation president Jim Sumpter said the Teacher Appreciation Awards will be given annually.

Over a week, nominations poured in for teachers at all four schools.

“We asked for nominations through social media and we had at least 70 different teachers nominated,” Sumpter said. “We were pleasantly surprised by the outcome. With this being our first year doing this, we really didn’t know what to expect.”

A foundation subcommittee chose one teacher at each school to receive the Teacher Appreciation Award and a $100 gift card to be used however they’d like.

“I was flabbergasted because I didn’t even know they were taking nominations for the award,” Self said. “It totally caught me off guard. It felt phenomenal because as teachers we don’t enough feedback from our students and parents when we’re doing things right. It was really great to hear that the students enjoy my class and the effort I put in.”

Eustace said she was very surprised to receive the award, especially since the 2018-2019 school year marked her first year as a teacher.

“I’m constantly trying to do more and help students as much as I can,” she said. “I had no idea that people were watching me. I assumed a veteran teacher would be awarded.”

Eustace said receiving the award was validation that she is on the right track.

“This first year as a teacher was not easy at all,” she said. “Sometimes I felt like I didn’t know what I was doing and I questioned if I was doing the right things. This lets me know that the hard work I put in is appreciated and noticed.”

Whitman said although only four teachers were awarded, Pelham is overflowing with good educators who work hard and are dedicated to the students.

“I was so honored and thankful because there are so many good teachers here,” she said. “It makes you feel good knowing you made an impression, not only on your students, but the parents as well.”