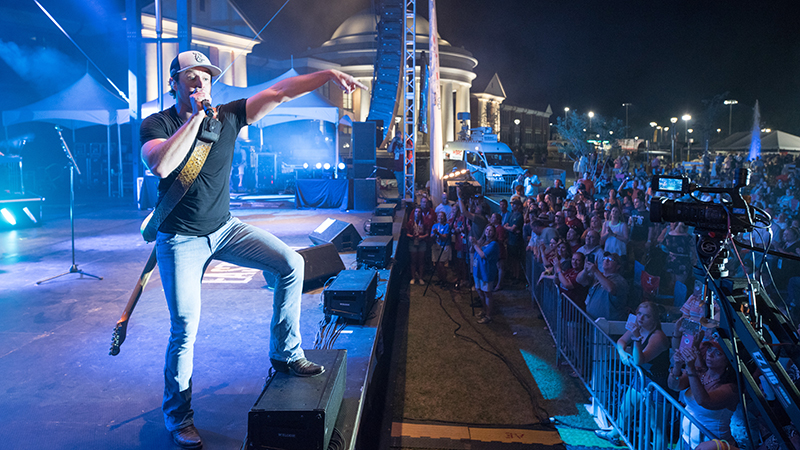 Alabaster has been ranked as the 39th best place to live in America by Money.com. (File)

ALABASTER – Tens of thousands of visitors from across the region descended on the campus of the new Thompson High School on June 1, as musical acts, vendors, kid-friendly activities and other events drew one of the largest-ever crowds to Alabaster’s CityFest.

“This may have been the best year we’ve ever had. From the weather to the music, it was a great day,” said Alabaster Arts Council President Adam Moseley. “We always enjoy seeing the community come out and support this event.

The massive free outdoor festival is made possible by sponsors and an army of volunteers who donate their time before and during the event, Moseley said. Title sponsors for this year’s event were Central State Bank and Coca-Cola.

“We are so appreciative of our sponsors who make this event happen every year,” Moseley said. “We also thank the hundreds of volunteers who come and serve their community.”

The event began at 9 a.m., and featured a cruise-in car show from 9 a.m.-2 p.m., vendors from 9 a.m.-6 p.m. or later and musical performances on the main stage directly in front of the THS rotunda.

Musical headliners for this year’s CityFest were Easton Corbin, who took the stage at 9 p.m., and the Atlanta Rhythm Section, who performed starting at 7 p.m.