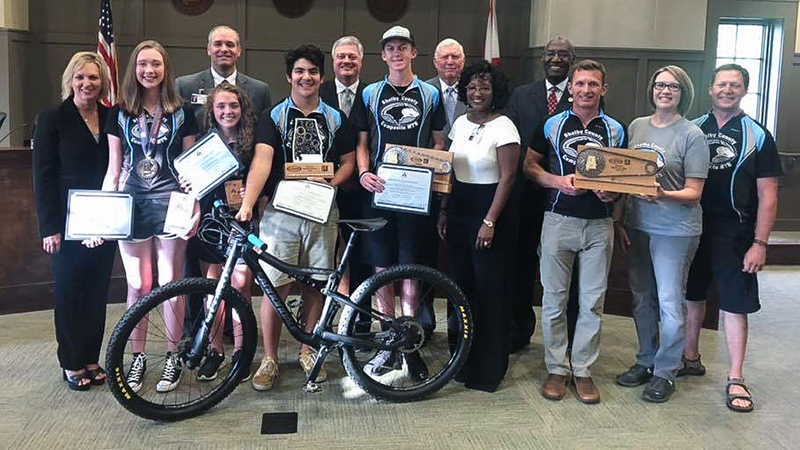 Alabaster Board of Education members honor Alabaster students who were on the Shelby County Composite Mountain Bike team during a May 13 meeting. (Contributed)

ALABASTER – Alabaster City Schools students who helped the Shelby County Composite Mountain Bike Team take home second in the state earned some time in the spotlight during a recent Alabaster Board of Education meeting.

During a May 13 meeting, Alabaster School Superintendent Dr. Wayne Vickers honored four ACS students who competed on the composite team, which placed second out of 21 teams in Division 2 at the Alabama Interscholastic Cycling League state championship at Tannehill State Historic Park on Sunday, May 5.

With the cooperation of local volunteer coaches, schools, league partners and sponsors, the Cycling League works to provide a high-quality youth development program fulfilling its mission of getting more kids on bikes. As of this year, the league has grown to 30 teams with approximately 500 student athletes.