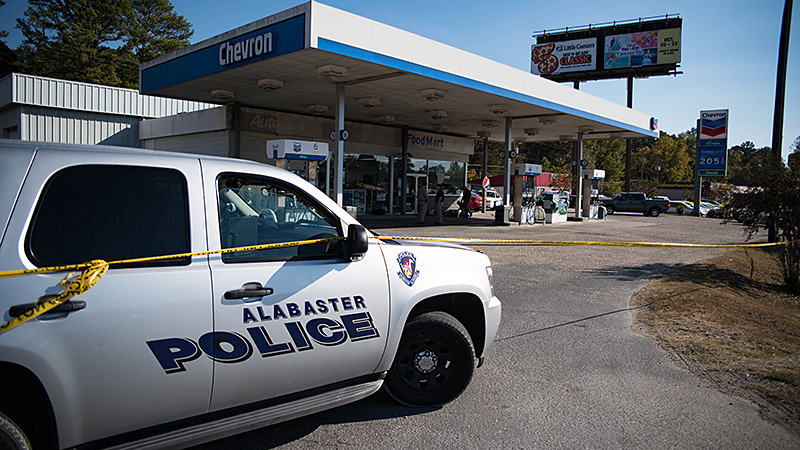 MONTGOMERY – A bill sponsored by state Sen. Cam Ward, R-Alabaster, to reform Alabama’s Board of Pardons and Paroles had its origins in the wake of an Alabaster murder case involving the death of a Chevron gas station clerk in 2016.

Michael Anthony Powell, who currently is incarcerated in the Shelby County Jail on a capital murder charge, was convicted on two first-degree robbery charges and a second-degree escape charge in Covington County in 1998, and was sentenced to 20 years in prison. He originally was scheduled for release from the St. Clair Correctional Facility in April 2018, but he was granted parole and released to a halfway house following a Jan. 12, 2016, hearing, according to the Alabama Board of Pardons and Paroles.

About 10 months after being released from prison, Powell was arrested by Alabaster police and charged with shooting and killing 54-year-old Pelham resident Tracy Latty Algar while Algar was working a Sunday morning shift at Alabaster’s Kirkland Chevron off U.S. 31.

Rigney said APD detectives worked 18-to-20-hour days in the days after the crime following up on leads and tips from the community before making the arrest.

On June 3, following the Alabama Legislature’s passage of his bill to reform the Board of Pardons and Paroles, Ward said the Alabaster murder case served as a major inspiration for the bill, and said the board “ignored its own guidelines” when it released Powell from prison in 2016.

“The Powell case is emblematic of hundreds of cases where the Board of Pardons and Paroles ignored its own guidelines in letting a violent criminal out of prison early,” Ward said.

Through the bill, which likely will be signed by Alabama Gov. Kay Ivey on June 6, those found guilty of serious and violent crimes such as murder, rape or sexual abuse of a child, will be required to serve 85 percent of their sentence or 15 years, whichever is less, before they are eligible for parole. The bill also gives the Alabama governor the authority to fill vacant seats on the board, to appoint a director of pardons and paroles and requires permission from the state’s deputy attorney general or assistant attorney general if the board deviates from the standards when setting a prisoner’s initial parole consideration date.