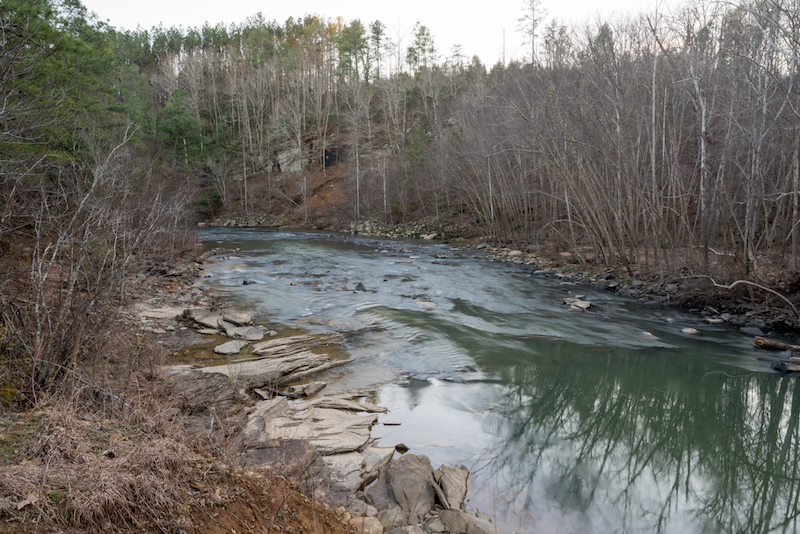 The Cahaba River Society, which planned to host the Big Cahaba Cleanup on Saturday, June 8, canceled the cleanup due to the threat of severe weather and dangerous water levels. (File)

The Cahaba River, the longest free-flowing river in Alabama that runs through a large portion of Shelby County, will soon get a large cleanup thanks to the efforts of the Cahaba River Society.

The Cahaba River Society will be hosting the Big Cahaba Cleanup, sponsored by Alabama Outdoors, on Saturday, June 8, from 9 a.m. to 3 p.m. as the society is calling it “the largest Cahaba cleanup ever.”

The cleanup will consist of 150 volunteers working in teams of seven or more to clean up to 50 river miles stretching from Trussville to Helena.

As water levels allow, the teams will work both in canoes and on foot, scouring trash from the river that provides drinking water to the greater Birmingham area.

Of the stretches of river being cleaned, two of the access points are located in Shelby County, with one being off U.S. 280 near Grandview Medical Center and the other off Shelby County 52 in Helena.

The goal of the cleanup is to restore the beauty and reduce pollution of the river, while educating the public about reducing litter and encouraging recycling.

Team registration begins at 8 a.m. the morning of June 8, at the predetermined locations, while the shore team registration will begin at 11:30 a.m. at the event headquarters located at Aveda Institute in Birmingham.

“Since our beginning 30 years ago, Cahaba River Society has led teams of volunteers in cleaning trash from the river,” Executive Director Beth Stewart said in a release from the society. “The goal of the Big Cahaba Cleanup is to condense and amplify these efforts into a one-day event that will both clean the river and bring awareness to the problem of litter in one of our most valuable natural resources.”

The Cahaba River is a main drinking water source for the Birmingham Water Works Board, which serves about one-fifth of Alabama residents. It is also a treasure trove of natural wonders, with more species of fish per mile than any other river in North America. Considered nationally and globally significant for freshwater biodiversity, it is a magnet for ecotourism, drawing visitors from around the globe to marvel at its natural wonders, such as the renowned Cahaba Lily.

However, the Cahaba is also one of the most threatened waterways in the U.S. Flowing through the heart of Alabama, the river passes through its most populated and developed areas, leaving it vulnerable to impacts from pollution.

“The vast majority of litter in the river starts on land,” Education Director Gordon Black said in a release. “Wind and rain carry everything left in our yards, roadways and parking lots into storm drains and ditches, where it washes straight into the river. When we reduce the amount of trash that we create by doing simple things like bringing reusable bags to the store or drinking from reusable bottles instead of disposable ones, we have a direct impact on the health of our environment. The most important message that we want people to know, is simple. Don’t litter, it ends up in your river.”

To learn more about the cleanup, donate to the effort, or sign up to volunteer, go to BigCahabaCleanup.swell.gives. To join or support Cahaba River Society, visit CahabaRiverSociety.org.