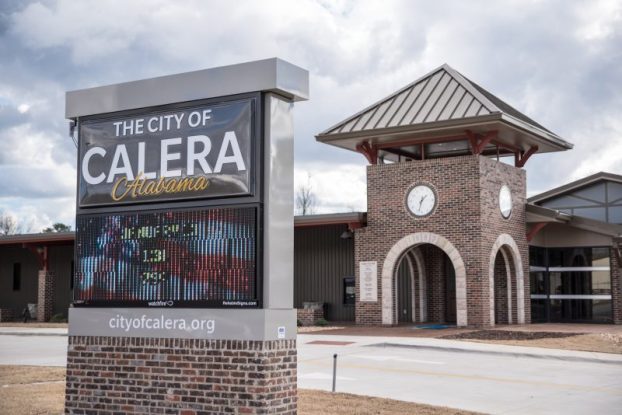 “When a community is ready for Main Street, the time tested Four Point Approach works,” Helmer said. “It brings jobs, dollars and people back to neighborhood commercial districts.”

Helmer added that the interview panel was impressed by the presentation made by the application team that demonstrated a love of their community, a vision for what they could be, and the drive to make it happen. She noted that Calera had established a strong partnership with their city, had demonstrated both need and capacity and had an understanding of the Main Street Approach, which made them stand out in the field of applicants.

“Originally known as Buxahatchie, this community was founded by Irish immigrant, John Gamble. In 1848 the Alabama Tennessee River Railroad began laying tracks and the area became a center for lime production. Over the next few years, the community changed its name several times and was known as Limeville, Lime Kilns, Lime City and Lime Station,” read a Facebook post announcing the city as a Main Street Alabama participant. “Today, this community is still a major producer of lime, which is shipped all over the southeast. This city is the location of the Heart of Dixie Railroad Museum where popular annual events introduce children of all ages to the rail experience. The railroad remains a significant part of community development that is reflected today by “The Little Engine That Could” attitude portrayed by current community leaders. To the citizens of Calera, we say, ‘All aboard!’”

Main Street Alabama will continue to add new communities annually. Application workshops to become a designated community will be held again in January 2020. Until then, communities interested in downtown and neighborhood commercial district revitalization can participate in Main Street Alabama’s network. For more information, go to Mainstreetalabama.org.

HOMEWOOD – Those dressed in caps and gowns at Samford University’s Pete Hanna Center on Wednesday, May 22, reflected on... read more