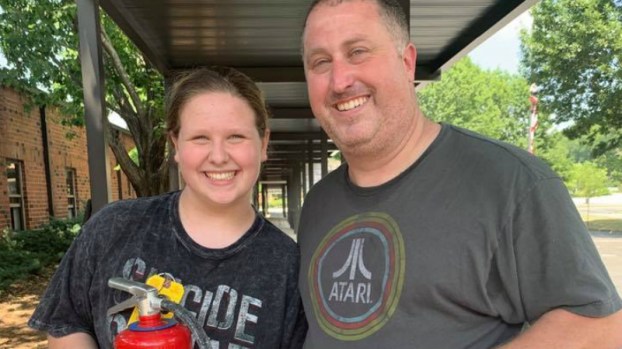 School Resource Officer James Sellers with the Shelby County Sheriff’s Office and his daughter, Jayven, happened to stop by OMES the morning of Sunday, May 26, to drop off something on their way to the movies.

“Upon their arrival, they discovered a classroom was on fire,” read a post on the Shelby County Schools Facebook page. “Deputy Sellers pulled the fire alarm, called 911 and battled the fire with three fire extinguishers until the fire department arrived.”

North Shelby, Cahaba Valley and Hoover fire departments responded to the scene and extinguished the blaze.

HOMEWOOD – Those dressed in caps and gowns at Samford University’s Pete Hanna Center on Wednesday, May 22, reflected on... read more