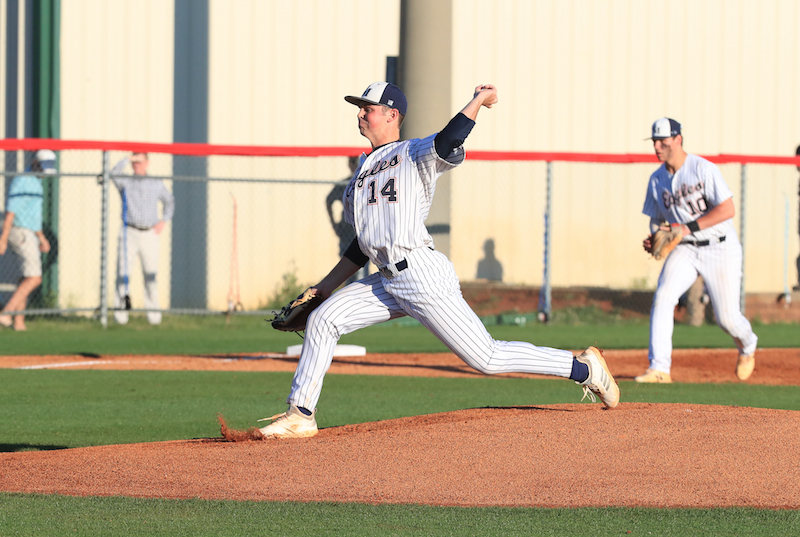 Oak Mountain's Jackson Kimbrell was named the 2019 Pitcher of the Year in Shelby County, while Chelsea's Carter Frederick earned the Offensive Player of the Year award. (File)

With 10 teams making the 2019 postseason from Shelby County, including six in the AHSAA and all of the county’s AISA/ACSC teams, it was a year that will go down as one of the best in the county’s history.

But the underlying success to all of those special runs in 2019 was the deepest talent pool of players Shelby County has seen in a long time.

But two players stood out both offensively and on the mound during the 2019 season.

Oak Mountain’s Jackson Kimbrell was the most dominant force on the mound during the 2019 season and has been named the 2019 Pitcher of the Year in Shelby County, while Chelsea’s Carter Frederick was one of the county’s biggest offensive threats, and the best hitter on a team that made it to the state championship to earn him the offensive Player of the Year in the Shelby County. 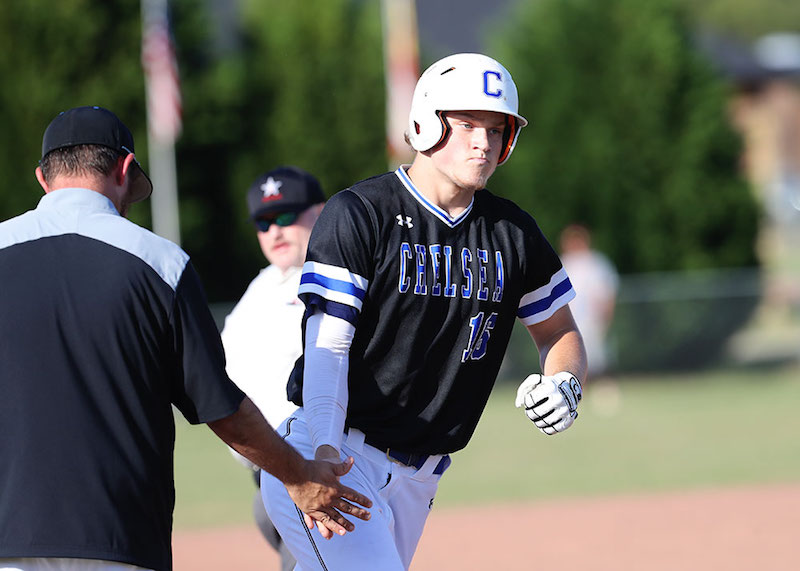 Neither one of these decisions was taken lightly, nor were they easy thanks to some incredibly talented challengers.

But Kimbrell set himself apart with not only his stats or the eye test, but with what he meant to his team.

Kimbrell finished the 2019 season with a 6-2 overall record, a record that could have been better with more run support, and finished second in the county with 95 strikeouts while leading the county with a jaw dropping ERA of 0.90.

He allowed just seven earned runs and 24 hits in 54 innings pitched this season and posted three shutouts with one no-hitter.

Aside from his stats, Kimbrell was a huge leader on the team, and came into the season with one goal in mind—helping his team to a state championship.

With him as the No. 1 guy and McCown right behind as the No. 2 guy, the Eagles were in good shape as the No. 3 team heading into the postseason, but then Kimbrell got injured.

The guy who wanted nothing more than to lead his team to a championship run after the heartbreak the team experienced in 2018 couldn’t help his team in the postseason.

The Eagles went on to lose a best-of-three series in three games in the first round of the playoffs, which was tough for Kimbrell to watch.

He did still play offensively, where he also had an incredible senior year as one of the county’s best batters as well.

He held a batting average of .308 and posted 37 hits with 31 RBIs while also lead the county with seven home runs along with Spain Park’s Colton Ledbetter.

Nothing about the ending to the season is what he wanted, but his character and leadership were never in doubt. Kimbrell went on to finish second on Oak Mountain’s all-time strikeout list with 191, and will forever be remembered by the Eagles.

His leadership and playmaking abilities made him more than worthy of this year’s Pitcher of the Year award.

Mims ended up being the leader in batting average at .482, while he also finished second in runs scored at 43 and posted 41 hits. Helms, as a sophomore, held a batting average of .457 and posted 43 hits and 31 RBIs. Albright, last year’s offensive Player of the Year, had a strong senior season with an average of .419, while picking up 31 hits and 22 RBIs with a county-high 22 doubles.

Ledbetter, however, was Frederick’s closest challenger. The junior at Spain Park not only held a batting average of .388, but had a county-high OPS of 1.366. He posted 40 hits, including 11 doubles, a county-high seven triples and seven home runs, which tied for the top spot, and also had 33 RBIs, which was third in the county. In addition to his presence at the plate, Ledbetter posted a 27 stolen bases, 33 walks and 44 runs, all county highs.

But Frederick’s presence was key in his team’s deep postseason run, which was the tipping point in leading him to the Shelby County Offensive Player of the Year award.

In the Hornets’ 10 postseason games leading up to the championship series, Frederick posted at least one hit in nine of the 10 games and had two hits in four of the nine games. In that same stretch, he posted a combined 15 RBIs, 10 of which came against the No. 1 team in the state.

With that consistent effort at the most opportune time of the year, Frederick played a major part in Chelsea upsetting No. 6 Faith Academy, No. 1 Russell County and No. 2 Hillcrest-Tuscaloosa to earn a spot in their first state championship series in school history.

Overall this season, Frederick led the county in hits with 46 and RBIs with 38. He also finished second in the county with 15 doubles, in a tie for third with four home runs and fourth in batting average at .407.

Just a junior, he will return along with both Ledbetter and Helms, which should make 2020 another fun one across Shelby County for local baseball teams.