COLUMBIANA – A 21-year-old man who has been charged with allegedly committing multiple counts of second-degree rape and possession of child pornography last September, will have a hearing for youthful offender status and is set to appear in court in early July. 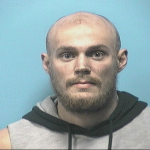 Jeremy Elton Holby, who was 20-years-old at the time of the alleged crimes, has listed addresses in the 1400 block of Secretariat Drive in Helena and the 1100 block of Meadow Drive in Birmingham, was arrested by the Helena Police Department and charged with four counts of second-degree rape and possession of child pornography on Sept. 1, 2018 and Sept. 11, 2018.

In addition, Holby’s warrants allege between June 16 and Sept. 1, 2018, he “engaged in sexual intercourse with a victim who was less that 16-years-old and more than 12 years of age.”

If he is tried as an adult and convicted, Holby could face up to 10 years in prison for possession of child pornography and up to 20 years in prison per count for second-degree rape charges.