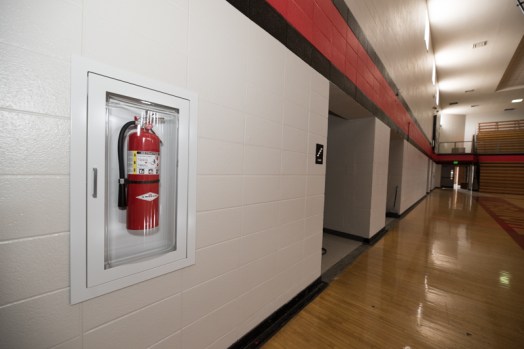 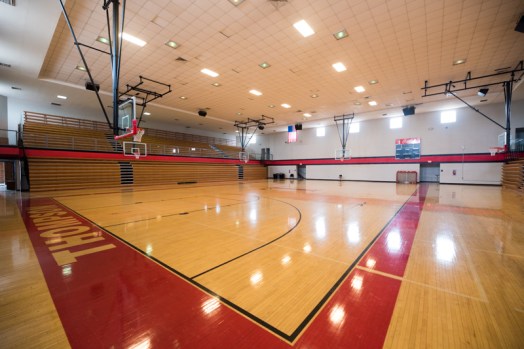 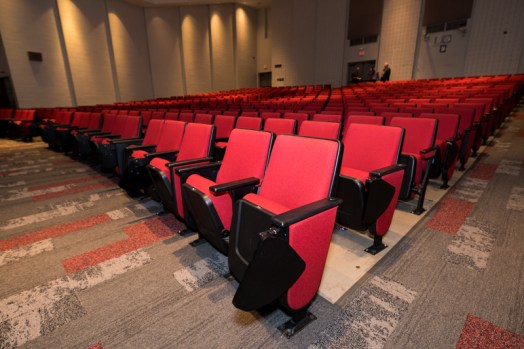 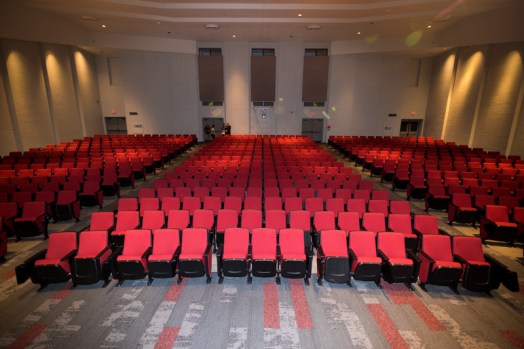 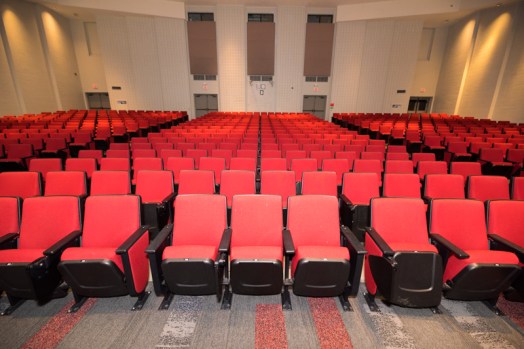 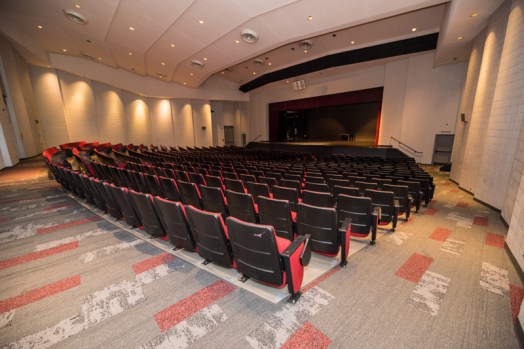 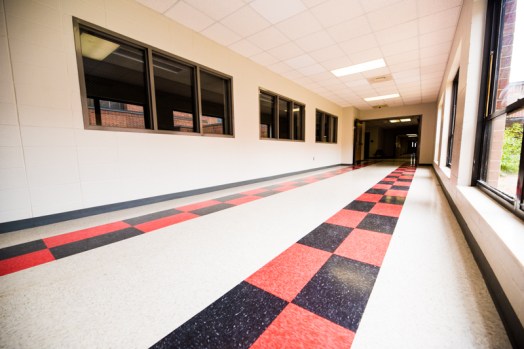 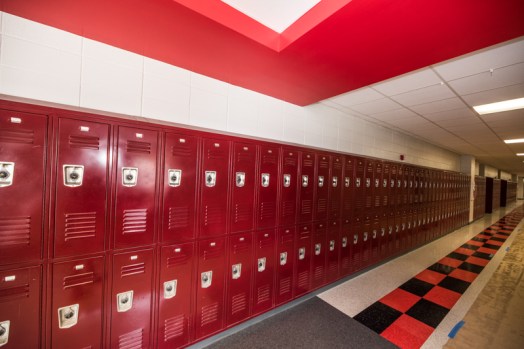 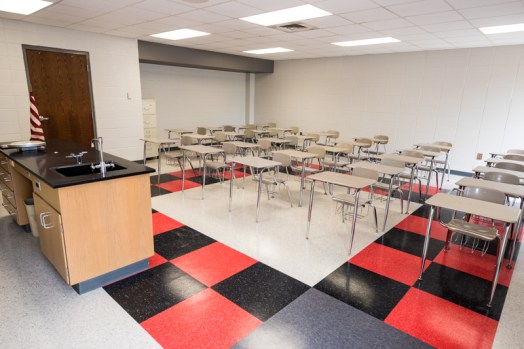 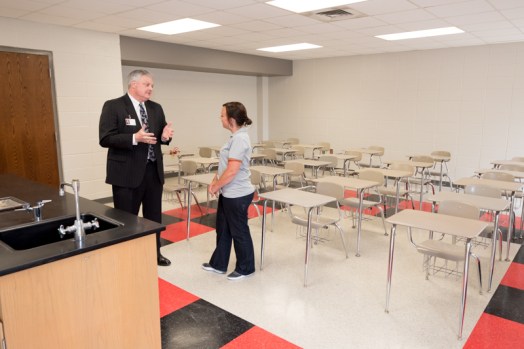 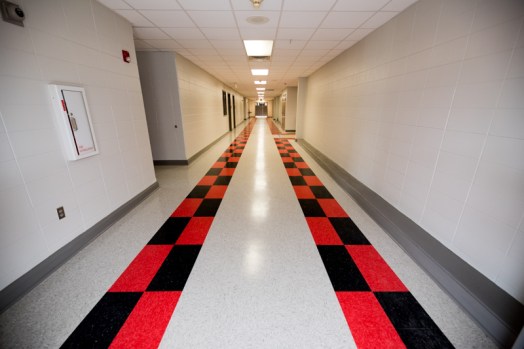 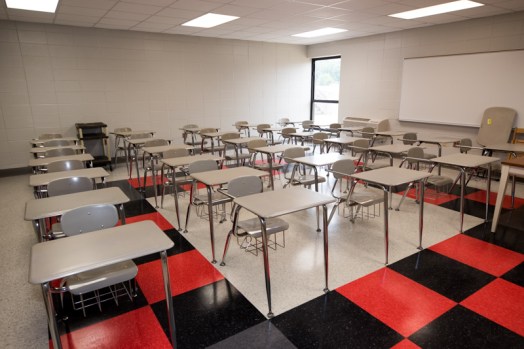 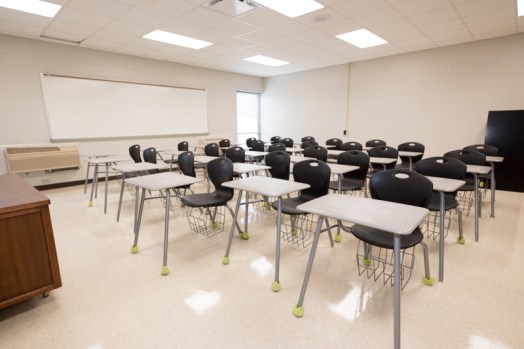 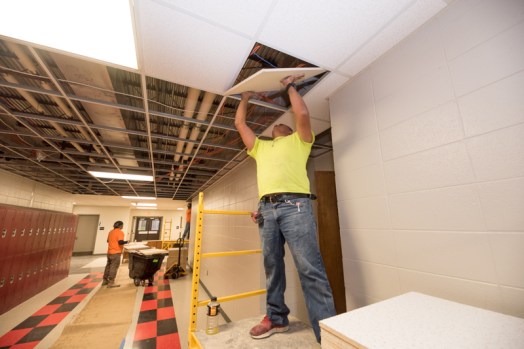 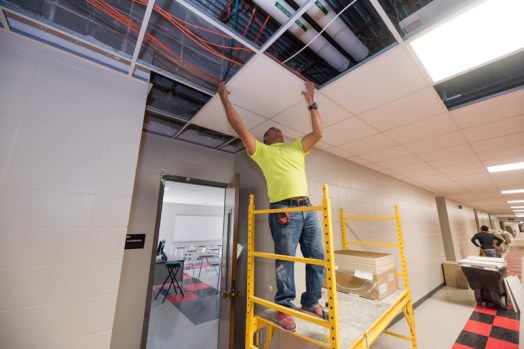 Crews work to replace thousands of ceiling tiles at the new Thompson Middle School campus, which will be housed in the former Thompson High School building. (Reporter Photo/Keith McCoy) 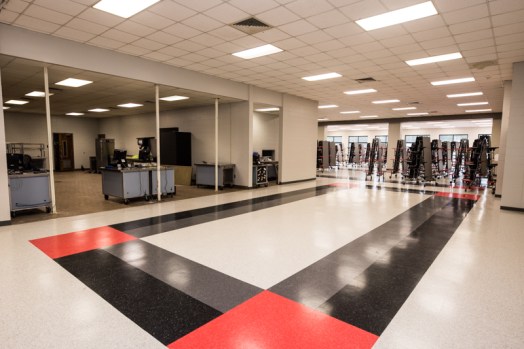 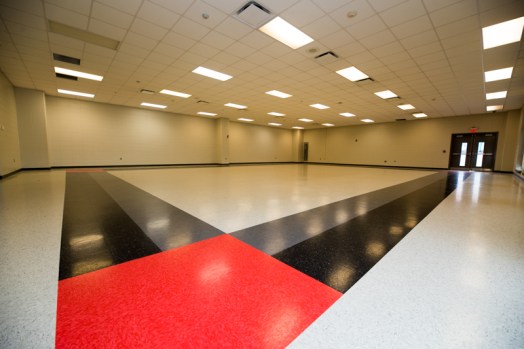 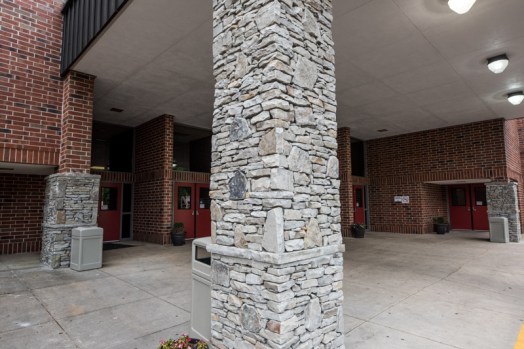 ALABASTER – The hallways of the former Thompson High School were a flurry of activity on the afternoon of June 5, as crews with the New Latitude moving company were ushering in stacks of boxes while construction crews wrapped up replacing thousands of ceiling tiles throughout the school.

“Our goal was to take what we already had here and just make it better,” Alabaster School Superintendent Dr. Wayne Vickers said as he walked through the hallway with Thompson Middle School Principal Dr. Neely Woodley.

Alabaster City Schools employees and contractors are in the final stages of preparing the old THS building off Warrior Drive to become the new Thompson Middle School when students return in the fall.

The former ninth-grade building on the old THS campus will house sixth-graders, and will be a “school within a school” under the umbrella of Thompson Middle School, Vickers said. The sixth-graders will have their own lunch times, P.E. times and so forth, he said.

At the beginning of the school year, the old TMS building on Kent Dairy Road will become Thompson Intermediate School, and the ACS central office will eventually move into the old TIS building on Alabama 119.

The design in the school’s hallways will match the design of the new THS building on Warrior Parkway.

“We are so excited,” Woodley said. “How many middle schools in the country are going to have the amenities that this building offers?”