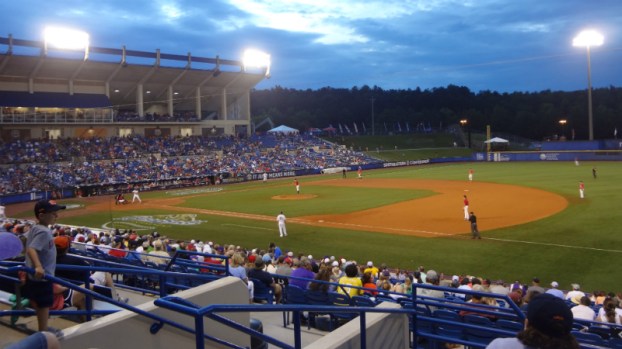 The tournament was held at the Hoover Metropolitan Complex from Tuesday, May 21 through Sunday, May 26, 2019.

The Fan Fest is located in the 155,000-square-foot Finley Center, which sits adjacent to the Hoover Metropolitan Stadium. The indoor entertainment venue is for all ages and features everything from inflatable games and video simulators to a zip line, miniature golf course and sports bar section with live entertainment and a jumbo TV screen featuring the game.

The opening of the new 22,000-square-foot EXPLORE Playground and Splash Pad just weeks before the Tournament gave fans yet another option for entertainment this year. And all 170 sites at the Hoover RV Park were filled.

“Every year, we strive to make the SEC Tournament even better for all fans from across the Southeastern Conference,” Brocato said. “This year we set an all-time record for attendance. This tournament has a tremendous impact on the Hoover metropolitan economy and the state of Alabama. It brings outstanding, positive attention to the metro area. We look forward to hosting the SEC Tournament for many years to come. It means a lot more in Hoover!

It will be several weeks before calculations of the entire economic impact for the city will be finalized. In 2018, the Tournament brought a $14 million economic boost to the city of Hoover. With a record number in attendance, that number is expected to increase this year.

By ALEC ETHEREDGE | Sports Editor After two teams made it to the state championship series this season, and several... read more