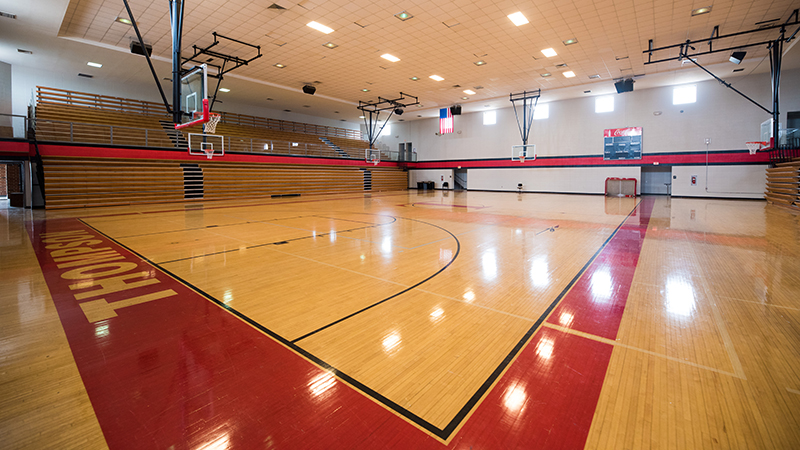 Crews with a local company are preparing to restore the roof over the lobby leading into the new Thompson Middle School’s gym, after the bid was approved during a June 10 meeting. (Reporter Photo/Keith McCoy)

ALABASTER – The Alabaster Board of Education is looking to cut down on longtime nagging roof leaks at the old Thompson High School building, as it approved a significant roof restoration and coating project for the building during a June 10 meeting.

School Board members voted unanimously during the meeting to approve a $185,854 bid from McKee and Associates to complete the project, which will renovate the roof over the school’s gym lobby as crews work to finalize upgrades to the school this summer in preparation to become the new Thompson Middle School this August.

“This is basically from the gym door around to where you come in by the main office. Everyone who walks into a basketball game or an event in the auditorium walks through that area, so we want to get this addressed,” Alabaster School Superintendent Dr. Wayne Vickers said, noting roof leaks have been an issue in the area for decades. “This company will also look at other areas on the roof to make sure there are no other issues.”

ACS employees and contractors are in the final stages of preparing the old THS building off Warrior Drive to become the new Thompson Middle School when students return in the fall.

The former ninth-grade building on the old THS campus will house sixth-graders, and will be a “school within a school” under the umbrella of Thompson Middle School, Vickers said. The sixth-graders will have their own lunch times, P.E. times and so forth, he said.

At the beginning of the school year, the old TMS building on Kent Dairy Road will become Thompson Intermediate School, and the ACS central office will eventually move into the old TIS building on Alabama 119.

The design in the school’s hallways will match the design of the new THS building on Warrior Parkway.