“I grew up helping others,” said 63-year-old Barry Blount, who knows about hard work, sacrifice and survival.

Blount’s parents married at age 15 and 16 and were Depression-era survivors.

His family farmed acres of land off which they lived.

They were always willing to share what they had with their community. 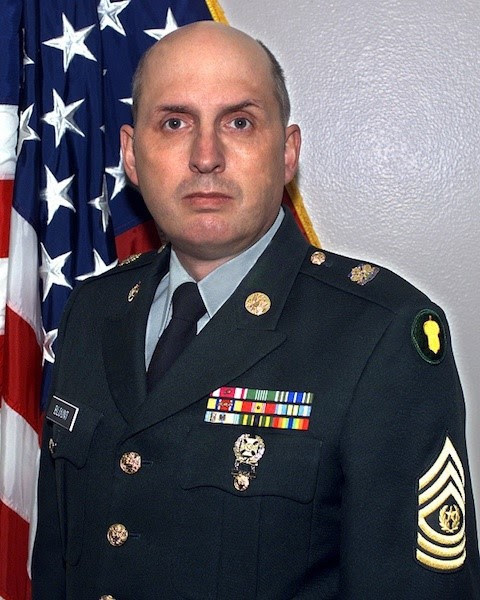 He is the proud father of three sons, David, Matthew and Andrew, all of whom have followed in their dad’s footsteps.

After suffering a major heart attack in 2005, Barry, with encouragement and support from Terrie, his spouse of 43 years, decided it was time to retire from 30 years of military life.

After battling cancer for three years, his middle son, Matthew, passed away in 2012.

Barry decided to honor his son’s legacy by establishing an American Legion in Pelham.

In memory of Matthew in 2014, Barry and other veterans formed the American Legion Matthew Blount Post 555.

In its infancy, Barry started as the post commander.

In 2017 he became post district commander for District 23, which contains 13 posts.

The “Triple Nickel” has expanded from 30 members at its inception three years ago to what has now exceeded 175 members.

Barry was appointed board member of the Veterans Employment and Educational Division (national level) of the Legion.

Barry travels to posts in his district to assist in establishment of posts, as well as resolving operational problems, addressing administrative issues or for whatever occasion he may be called upon to assist.

“My success is because of the people that surround me,” he said.

He has a loving wife, sons, post members and staff, as well as a community that supports him.

In 2017, the post received commendation from Gov. Kay Ivey for meeting the American Legion’s mission with more than 170 events through its first 36 months of operation, involving veterans, youth and the community.

In addition to his extraordinary commitment and success with Post 555, Barry has volunteered his time and energy to other veteran organizations and programs as an officer.

While his primary focus is on the Matthew Blount American Legion Post 555, he has served on committee for the Blue Star Salute and the Support Committee for the Alabama National Cemetery (which also includes working with Keep the Spirit of 45 Alive, ALNC Memorial Day Service and Wreaths Across America).

By DAISY WASHINGTON / Community Columnist Approaching her ninth decade on this earth, Ann Head has had many great experiences.... read more