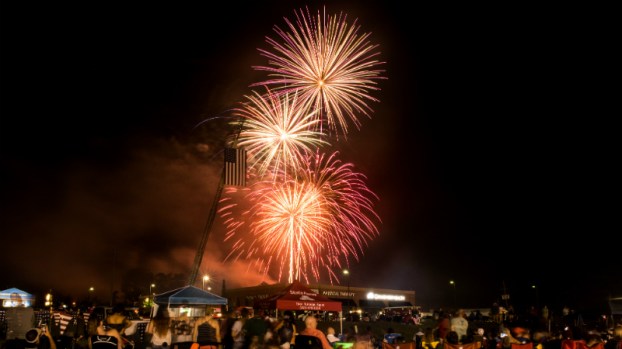 Chelsea Fest and The Big Kaboom will take place on Saturday, June 29, in the large field behind the Chelsea Dairy Queen. (FILE)

CHELSEA – Organizers are busy preparing for this year’s Chelsea Fest and The Big Kaboom, including announcing headlining act Trotline.

Trotline will entertain an expected 5,000 attendees on Saturday, June 29, with its blend of rock and country music, but fun will be had at the event before and after the band takes the stage.

The parade will feature “children of all ages” riding on patriotic-themed bicycles, wagons, strollers and more, organizers Geri Roberts and Diane Thomas said.

The parade will begin at the intersection of Chelsea Corners Way and Chelsea Road (Shelby County 47).

Opening act Nacho Mama will take the stage at 6 p.m. followed by Trotline at 8 p.m.

The Big Kaboom Fireworks show will begin at about 9:30 p.m.

Parking is available behind Winn-Dixie and behind the site of the festival, which is in the large field behind Dairy Queen, but roads in the area will close at about 4 p.m.