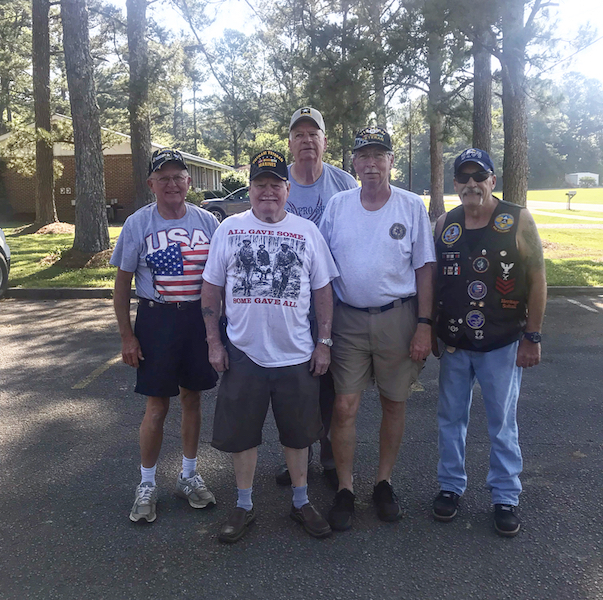 And Barnes would know. He’s not only Vice Commander, but also the chaplain of Post 131 of the American Legion in Columbiana.

Barnes is a retired Marine who served for 21 years and 7 months.

He explained the most important work the American Legion does is in helping vets of all American wars with services like transportation to the VA, help in qualifying for benefits and any other assistance they might need. 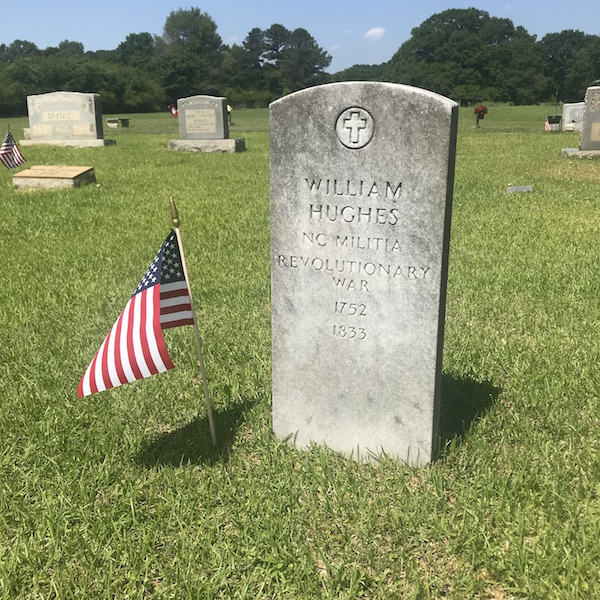 The grave of William Hughes, a Revolutionary War soldier buried in the Old Chapel Cemetery in Wilsonville. (Contributed)

They also assist the community in the collection and proper disposal of flags when needed.

On Memorial Day weekend, the Legion took their service one step further.

Each year the vets work together to honor those who have fallen. They gather the Saturday before Memorial Day to place flags on the graves of all those who have served.

This year the local Cub Scout troop and many local volunteers showed up to help place 218 flags in Bolton Cemetery.
Boy Scout Joseph Tally has participated in this project for three years, and told us, “It’s a good way to honor our fallen veterans. It’s a patriotic symbol of what they’ve done for us.”
The vets didn’t stop serving in just Columbiana this year, however. They came out to help Boy Scouts of America Troop 588, and their Cup Pack 560 restart an old tradition in the neighboring town of Wilsonville.

Half of the Columbiana American Legion showed up to assist the scouts in placing 198 flags in three local cemeteries: Old Chapel, Wilsonville Community and Wilsonville Town Cemeteries.

“The Old Chapel Cemetery even has one soldier that dates back to the Revolutionary War,” American Legion member Sam Horton told us.
One Cub Scout Mom, Brandi Arias, explained how the act of working with the vets on Memorial Day affected her.

“This has been a sobering day for our family,” she said. “We have a son leaving on June 4 for basic training in the Army.”
Tom Barnes said the local post is always happy to have new vets join the group.

The requirements mandated by the federal government are that to join, you must have honorably served at least one day during an active war.

“We would love to see some Gulf Vets join us,” Barnes said, adding they need younger men among their numbers to ensure that the American Legion can continue to help other vets as the older generation fades away.

Post 131 meets on the second Monday of each month at 7 p.m. at the Shops of Columbiana on Main Street.

They currently have 43 men and women among their ranks from all branches of the military, and from many wars. Stop by for a meeting if you would like more information.