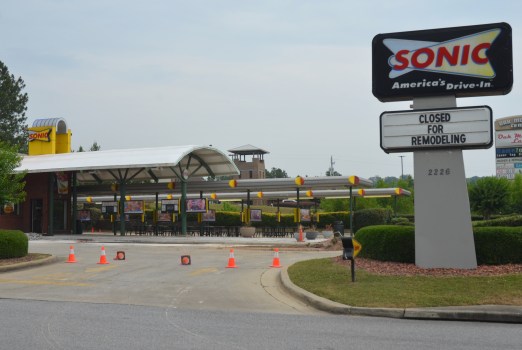 Sonic is currently closed while it is undergoing a $2 million renovation. (Reporter photo/Briana Harris) 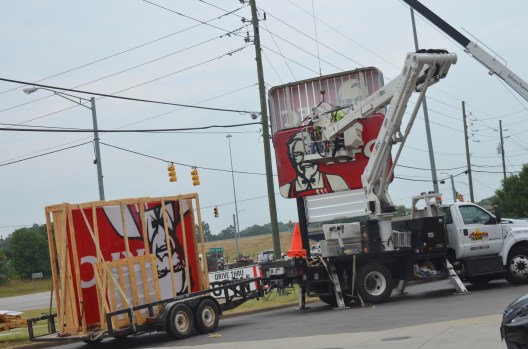 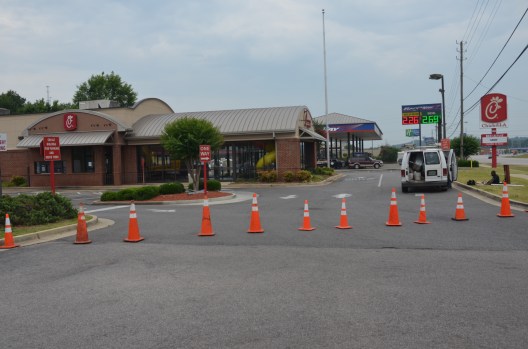 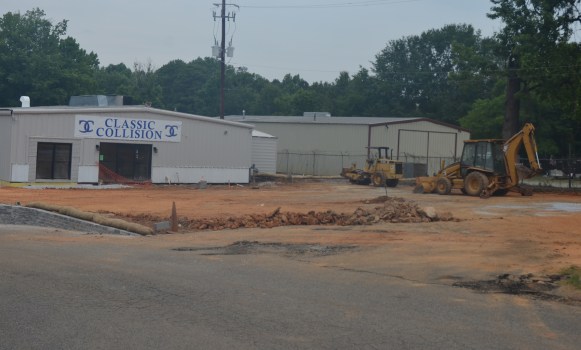 PELHAM – Residents will likely notice a difference in the appearance of Alabama 119 and the northern part of U.S. 31 in the coming months as several businesses in the area are undergoing renovations.

Six businesses obtained permits from the city of Pelham to renovate or completely reconstruct their businesses. Those businesses are:

Building Department Director Bob Miller said hopes this will trigger other businesses in the city to make repairs and upgrades as needed. The Corridor Overlay District adopted by the city in 2007 means the businesses will have to abide by certain rules that govern how their businesses should look.

Bly Gravlee, owner of the currently closed Sonic, said he was initially only planning to make a few upgrades to the building, but then he decided to move forward with a complete renovation of the fast food restaurant. Construction began on May 28 and is expected to be completed by the end of August. That Sonic has been in the Pelham community for 27 years.

“We’re redoing everything from the driveway to the building,” Gravlee said. “We will have a completely new look.”

In addition to redoing the drive-in stalls and including a nice patio, Gravlee said the facility will also include a drive-thru, a feature that was added at the request of customers.

“I wanted to do this for my team and the community,” Gravlee said. “I want their work environment to be nicer. There will be some nice rubber floors installed that will be better on their feet and backs. A happy team means happy customers.”

Chick-Fil-A closed its doors on Friday, May 31, at 3 p.m. The store is being torn down and a new facility constructed at the same site. The new store is expected to open in about five months.

Barbara Zouboukos, who owns the business with her husband Robert, said the new store will be bigger and better. The store first opened in Pelham 22 years ago.

“We’ve outgrown our current store,” Zouboukos said. “We need a bigger kitchen and more space. The new store will be a different color and it will look nothing like the old store.”

Jan Martin, regional manager of Classic Collision, said he has been working with the city since January to ensure that the renovation meets the city’s criteria.

“We really want to make sure everything complies with the overlay district requirements,” Martin said. “We’re planning to dress up the front of the building, putting new parking lot out toward the street and fencing along the front.”

Martin said the renovation should be complete by late fall or around the holidays at the latest. The business will remain open while the renovation is under way.

Martin said he is in support of the city maintaining its the overlay district requirements because it will ultimately boost property values.

“It makes the area look a lot nicer and it makes all of the businesses look more uniformed,” Martin said.

Miller said he’s thankful and happy to see businesses doing well, expanding and improving the aesthetics of the city.

At KFC, the exterior of the building is undergoing renovation, the building is being painted and a new sign installed. Although the interior dining area of KFC is closed, the drive-thru is still open.

“I hope people will start to see a difference in the way the city looks,” Miller said. “I look forward to working with more businesses in the future.”