COLUMBIANA – A 29-year-old Maylene woman is facing up to life in prison after she was found guilty on June 12 of robbing a Montevallo restaurant at gunpoint in 2016. 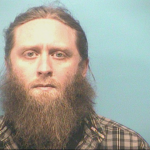 A jury found Tierra Symone Dent, who lists an address on Meadow Circle in Maylene, guilty on counts of first-degree robbery and fourth-degree theft of property on June 12, after a two-and-a-half-day trial in Shelby County Circuit Court.

Through tips from the community, Montevallo police were able to identify the suspect as Dent, and take her into custody on May 25, 2016.

Dent originally was released from the Shelby County Jail on bonds totaling $31,000 on June 3, 2016. She was indicted on the two charges in January 2017.

According to her arrest warrants, Dent stole money, food and a drink from the restaurant – the total value of which was less than $500 – while she was armed with a handgun.