COLUMBIANA – A 33-year-old Indian Springs man is being held in the Shelby County Jail on bonds totaling $278,000 after he was arrested and charged with allegedly trafficking heroin and distributing other controlled substances. 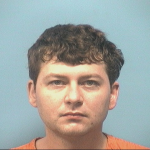 According to arrest warrants made public in Shelby County District Court on June 14, Pacifico allegedly was found to be in possession of 30 grams of heroin at his residence on June 4. The volume of heroin allegedly discovered led to the trafficking charge.

Trafficking heroin is a Class A felony, and is punishable by up to life in prison upon conviction.

As of June 14, Pacifico was still being held in the Shelby County Jail, and did not yet have a court date listed in Shelby County District Court.