A look at Vincent’s 2019 football schedule 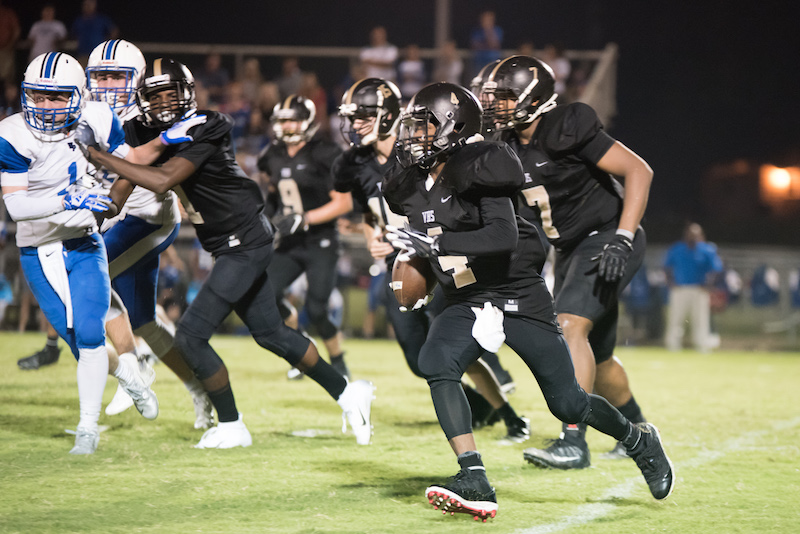 The Vincent Yellow Jackets will be looking to make the playoffs for the second year in a row in 2019, but they’ll have to overcome a difficult schedule to make it happen. (File)

The Vincent Yellow Jackets made the playoffs last year for the first time since 2014, but that playoff berth came with just three wins in the middle of their schedule.

In 2019, the Jackets’ schedule sets up similarly to what they faced in 2018, meaning they’ll have many tough tests, but they’ll not only have a chance to win those same three games as last year, but several others they competed closely in as well.

It’s a schedule that features five road games and five home games with four non-region opponents with two of those opponents being two classifications higher than the Yellow Jackets.

Vincent will kick off the 2019 season with one of those non-region opponents when the Jackets travel to take on Class 4A opponent White Plains on Aug. 23 for the second year in a row.

While White Plains struggled to a 2-8 record last year, the Wildcats beat Vincent 49-18 and have two classifications on the Yellow Jackets, giving them more depth at every position.

Following that opening road game, the Yellow Jackets will come back home a week later to take on the Keith Bears, who compete in the 1A classification.

It will be the only team Vincent didn’t take on a season ago, but with Keith going 4-6 in the 1A classification, against a difficult schedule, the Yellow Jackets should have a great opportunity to pick up a win.

Vincent will then hit the road for their first region contest on Sept. 6, against the always difficult LaFayette Bulldogs. Last year, LaFayette beat the Jackets 40-0, which marked the Bulldogs’ only win in the first four games of the season. They then went on to reel off six consecutive games to advance to the second round of the playoffs.

Following a bye week for rest on Sept. 13, the Yellow Jackets will return home on Sept. 20 for a region matchup with Thorsby. The Rebels shocked the state last year with a 9-1 record during the regular season, including a47-6 victory against Vincent.

Thorsby went on to fall in the first round of the playoffs, but that matchup will be a tough one for the Jackets to handle. Having a bye the week before, however, should help tremendously.

They Yellow Jackets will then travel to take on a much improved Winterboro team that went 7-4 last season and earned a spot in the second round of the playoffs. The Bulldogs reside in Class 1A, which should give Vincent an advantage, especially after winning last year’s game 57-14 to spark the Jackets’ three-game winning streak.

Vincent will then close out with a very difficult stretch of games against opponents they lost to by a combined 139-33 last season. Two of those games will be on the road this year, while the third will be against a Class 4A team.

It will start with back-to-back road region games against Reeltown and Fayetteville on Oct. 18 and 25, respectively. Vincent lost to Reeltown 48-13 last year, and then lost to a 3-7 Fayetteville team 35-21.

The Yellow Jackets will return home to close out the 2019 season when they take on Ashville on Nov. 1. Last season, Ashville won the game 56-12 despite going 2-8 in a difficult season. Vincent will have their hands full, but if they are going to the playoffs, it will be about surviving the game with no injuries.