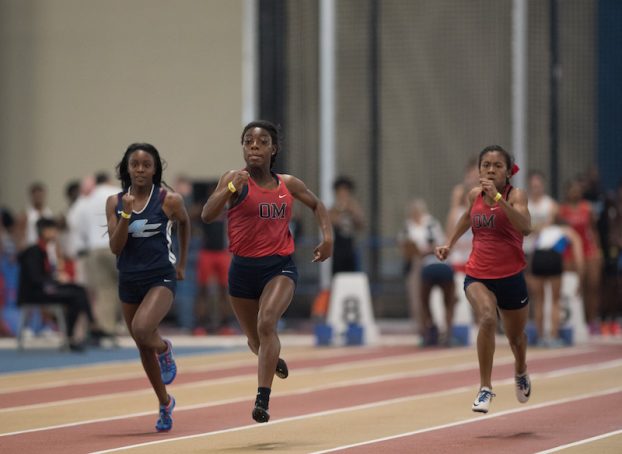 Oak Mountain's Nicole Payne has been named the recipient of Gatorade Alabama Girls Track and Field Athlete of the Year. (Reporter photo/Keith McCoy)

CHICAGO, Ill. — After setting state and national records in track and field, and sprinting by everyone on the soccer field, Nicole Payne has left her mark on Shelby County athletics as one of the best athletes the county has ever seen, and on Thursday, June 20, the star athlete was honored for all of her hard work when she was named the 2018-19 girls Gatorade Player of the Year in Alabama for track and field.

In its 34th year of honoring the nation’s best high school athletes, The Gatorade Company announced the award making her the first Gatorade Alabama Girls Track and Field Athlete of the Year to be chosen from Oak Mountain High School.

“Nicole Payne is the most decorated 400-meter runner in Alabama state history,” said Oak Mountain head coach Riley White. “Her accomplishments on the track are incredible, especially when you consider she missed the 2016 outdoor track season with a torn [anterior cruciate ligament]. She’s an amazing athlete, and an even better person.”

The award, which recognizes not only outstanding athletic excellence, but also high standards of academic achievement and exemplary character demonstrated on and off the track, distinguishes Payne as Alabama’s best high school girls track & field athlete.

She also ran a blistering third leg on the 4×400 relay quartet that took second in 4:00.17, helping the Eagles to an eighth-place finish as a team. At the time of her selection, her state-record 400-meter dash time ranked No. 17 nationally among prep competitors.

Her best wind-legal 100 finish (11.75) ranked 52nd and her 200 time at state was tied for 23rd in the country. Payne concluded her outdoor track career as the owner of two state records, a six-time state champion, a nine-time state medalist, a 10-time All-State performer, and as the holder of five Oak Mountain outdoor track school records.

She graduates as the fastest 400 runner in Alabama history with personal-best times of 54.11 indoors and 53.55 outdoors. A member of her school’s Interact Club, student council, Fellowship of Christian Athletes chapter, and the Future Teachers of America organization, Payne also runs cross country and plays soccer.

Last summer, she led a vacation bible school of 100 pupils, and she will participate in a week-long service-mission to Arkansas this summer to help the needy.

A member of the Winchester Cumberland Presbyterian Church and a regular parishioner of the Winchester First United Methodist Church Youth, she participates in FUMC Mission Mondays, conducting community service initiatives with the church’s youth group.

Payne also serves as a local soccer referee, babysitter, and works at a daycare center.

Payne has maintained a 3.43 GPA in the classroom and has signed a national letter of intent to compete on an athletic scholarship at West Virginia University beginning this fall.

As a part of Gatorade’s cause marketing platform “Play it Forward,” Payne also has the opportunity to award a $1,000 grant to a local or national youth sports organization of her choosing.

She is also eligible to submit an essay to win one of 12 $10,000 spotlight grants for the organization of her choice, which will be announced throughout the year.