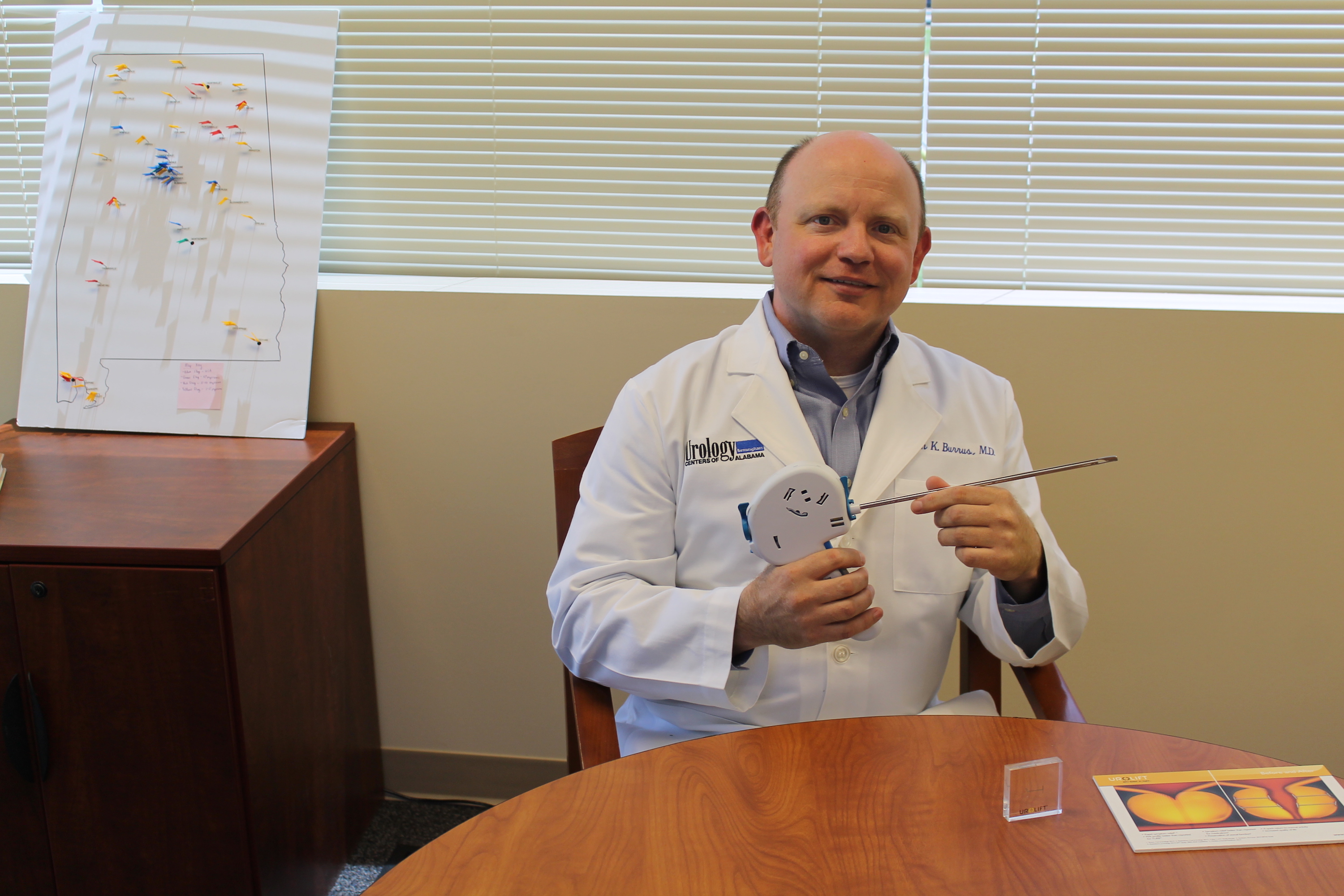 HOMEWOOD — As men age, many have to deal with complications of the prostate. While there are several options for treatment including medications, Dr. Jason Burrus at Urology Centers of Alabama, which has a location in Alabaster, is offering a procedure known as Urolift.

Nearly 40 million men in the United States live with Benign Prostatic Hyperplasia, also known as an enlarged prostate. This condition can lead to many problems like frequent urination and the inability to empty the bladder.

“Urolift is minimally invasive, we put a special implant in the prostate with a telescope,” explained Burrus. “The implant pulls the tissue out of the way on either side to open the prostate up.”

According to Burrus, while medications and other treatments can be effective in the treatment of BPH, they often have unwanted side-effects including sexual dysfunction. The advantage of Urolift is that it does not cause these side effects and can be done quickly in the office under sedation or at a surgery center.

“We’ve done somewhere from 125 to 150 procedures in the year we have been doing the treatment,” Burrus said.

The procedure is not for everyone, some individuals with larger prostates may have to take an alternative route. However, for those that are candidates the procedure takes roughly 10 to 15 minutes. Most patients will get four to six implants during the procedure.

The procedure is covered by most major insurances and would eliminate the need for BPH medications for most patients.

According to Burrus, the best way to find out if you are a candidate for the procedure is by talking with your primary care doctor and scheduling an appointment with the Urology Centers of Alabama.