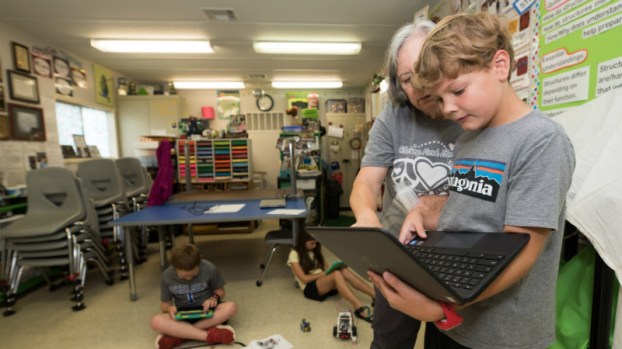 Chelsea Park Elementary School students learn about robotics inside one of the school’s mobile classrooms. (FILE)

CHELSEA – The Chelsea City Council could explore revenue sources to provide additional funds to schools in the city, following an initial report from a committee tasked with identifying needs at the schools and potential solutions.

“We have found that each school has several different needs, maintenance issues large and small, and multiple items that are not funded by the Shelby County Board of Education, which is why each school is constantly fundraising,” read a report from the committee to the full council at a work session before its meeting on Tuesday, June 18.

The city also provides funds for the staffing of school resource officers at each school.

The committee, which includes Council members Tiffany Bittner and Scott Weygand, met with officials at Chelsea High School, Chelsea Middle and Chelsea Park Elementary, but was unable to meet with leaders at the other schools.

“From speaking with the public, parents with students in the schools and the administration of each school, the overall request is to improve the facilities for education and athletics, expand what is offered to our children and continue to improve the quality of education,” the report stated. “We recognize that these schools belong to and are run by the Shelby County Board of Education. The local schools are an integral part of our city and community. Therefore, it makes it difficult as a city council to have a say in how the city can help improve our local schools, but the overall need is clear. In order to improve the local school system, additional funds are needed.”

Chelsea’s growing population has filled the schools beyond capacity.

“Mobile units will be added to help cover the additional student population coming into this upcoming school year,” the report stated. “The middle school will have one of the largest sixth grade classes in its history, and the high school will utilize more of the mobile units that are already on its campus.”

The committee’s report ended with a recommendation for the city to explore an ongoing revenue source for educational/facility purposes at the schools.

Mayor Tony Picklesimer said any such funds would need to be earmarked for education and administered by the Council.

“It’s very important for every penny to go to our schools,” Picklesimer said.