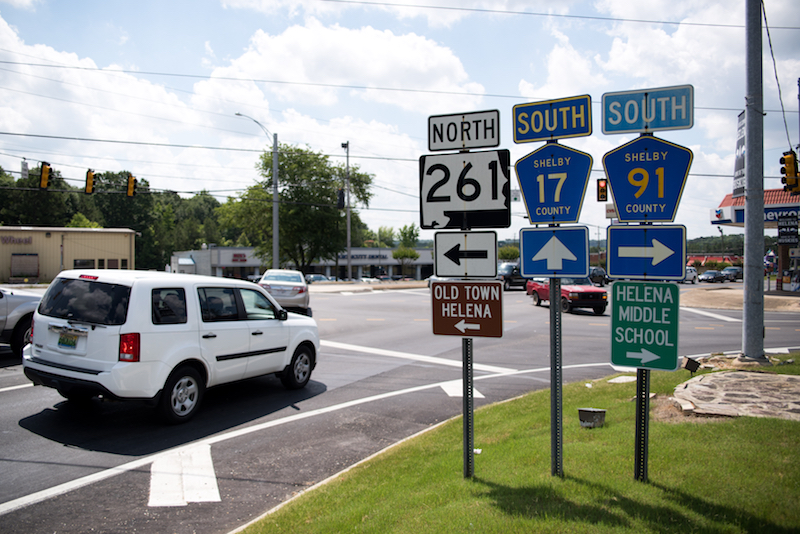 The Helena City Council approved the authorization for engineering and design work for a future turn lane extension at the intersection of Alabama 261, Shelby County 52 and Shelby County 17. (File)

HELENA – The Helena City Council has given the green light on an authorization that could help bring traffic relief to the city’s busiest intersection where Alabama 261, Shelby County 52 and Shelby County 17 meet.

On Monday, June 24, the City Council approved the authorization for the engineering and design work for a turn lane extension that would extend the right turn lane for vehicles trying to turn off Shelby County 17 onto Alabama 261 near the old Helena Tire & Wheel business.

Helena Mayor Mark Hall said the improvements need to be made in case there are any future economic developments that come to that area to ease traffic concerns.

“This would be to allow our contract engineer to look at design and engineering for a turn lane extension near the old Helena Tire & Wheel,” Hall said. “That particular intersection is very busy and there’s some possibility of economic development there that could spur if we bring those improvements, so we need to go ahead and look at the design and engineering phase of the project.”

The approval of the engineering and design work would also include a utility relocation of an old sewer line that would be moved in order to put in the turn lane extension.