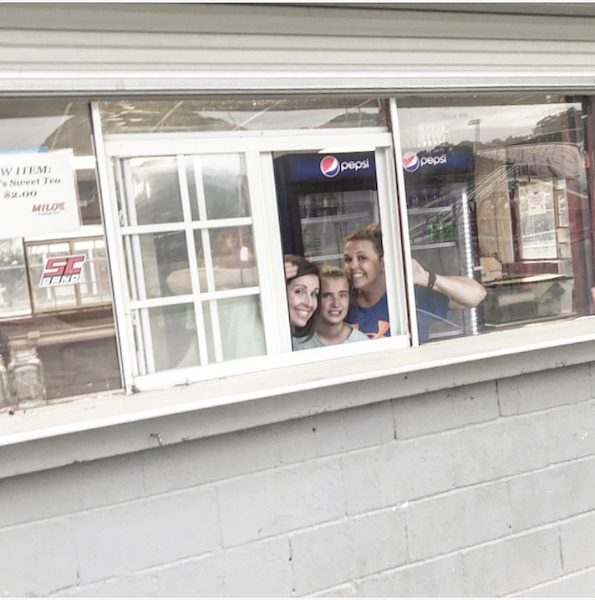 SCHS Band parents are ready to serve at the Liberty Day concert. (Contributed)

As the city of Columbiana gears up for the annual Liberty Day celebration, the Pride of Shelby County boosters are making plans to kick off marching season by opening the concession stand for the crowd coming to the Liberty Day concert and fireworks.

On June 29, Columbiana will finish off a day of celebration by hosting the band Rock Candy at the Shelby County High School football stadium.

During the concert, which will be followed up with fireworks, the band boosters will be selling their famous Sauce Dogs, hamburgers, cold drinks, watermelon slices and other snacks and treats at the concession stand.

The band of the 2020 school year will march earlier in the day on Main Street with the Liberty Day Parade, and with a new slate of seventh graders joining their ranks.

“When you think about it, Liberty Day is the perfect day for the boosters to kick off raising funds through concessions,” one band parent said.

After raising $35,000 for new uniforms last year, band director Matthew Martindale has looked at what the bands needs are over the next five to 10 years. New instruments to replace older weathered ones are at the top of his list.

The concession stand does three main things for the Pride of Shelby County band each year. It raises funds to purchase and replace instruments; provides access to funds for students at both the high school and middle school to participate in Honor Band all over Alabama; and offers us the chance to bring special instructors, composers and clinicians the students will have a chance to be exposed to.
The student fees collected at the beginning of each year only cover marching season, which lasts about four months, making the money brought in from concessions vital to the education of these young musicians the rest of the year.

“The remaining seven months of the school year is able to happen because of the hard work of the boosters,” Martindale said. “The word ‘boosters’ gets thrown around with a negative connotation. I believe a booster is anyone with a direct, invested interest in seeing the band program be successful.”

Band booster Lynn Rasco echoed Martindale’s sentiment, and said, “We have some very talented musicians in our little band, and our goal is for them to have the best equipment and opportunities as the band members in schools with larger programs.”

When you come out to hear the Rock Candy Band from 7-9 p.m. this Saturday, remember there is another band eager for your support, too.

Make plans to have dinner at the stadium concessions on Liberty Day, and in doing so, you’ll be supporting the Pride of Shelby County.