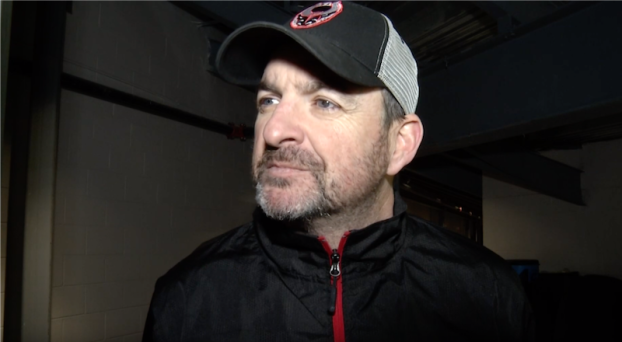 Birmingham Bulls head coach Jamey Hicks has signed a contract extension to remain with the team through the 2021-2022 season. (Contributed)

PELHAM – The Birmingham Bulls front office announced on Thursday that head coach Jamey Hicks will sign a two-year extension to not only remain the team’s coach, but also the Vice President of Hockey Operations.

Hicks, a former player of the organization close to 20 years ago, just finished his second year with the Bulls and will now extend his contract through the 2021-22 season.

“I am really excited to continue to represent the Bulls logo.” Hicks said. “Since we started this journey a couple of years ago, it’s been a privilege to be back in Birmingham. I would like to thank everyone involved…..the organization, the players and especially our great fans for all their continued support. We will not rest until we reach the ultimate goal together.”

Coming off a 2018-19 season that saw the Bulls finish the season with a 39-15-2 overall record, before going on to make a run to the SPHL Presidents Cup Championship series against Huntsville, Hicks was named the league’s coach of the year for his efforts.

He was also named as a head coach for the SPHL All-Star game, and has quickly cemented himself as one of the best coaches in the league in just two years with the organization.

“We are very happy to have the reigning SPHL Coach of the Year behind our bench for the next three seasons,” Birmingham Bulls President Joe Stroud said. “Jamey has done a great job in growing this Hockey Team towards success and we look forward to much success in the future”
In the team’s inaugural season, they finished second to last in the league to miss out on the playoffs, but got better as the season went along, almost making the postseason.

Learning what it was going to take, Hicks and the Bulls came back this year and used some of that fuel from the first season to go on and finish second in the SPHL before making their run to the title series.

By ALEC ETHEREDGE | Sports Editor The Pelham football program is on the rise, but honestly, it’s probably one that... read more