In ancient times, it was considered an honor to be buried in a family plot.

Even today, many people prefer to be laid to rest alongside family members as a sign of love and solidarity.

Before 1831, America had no cemeteries, the movement to build cemeteries began with the construction of Mount Auburn Cemetery in Massachusetts. 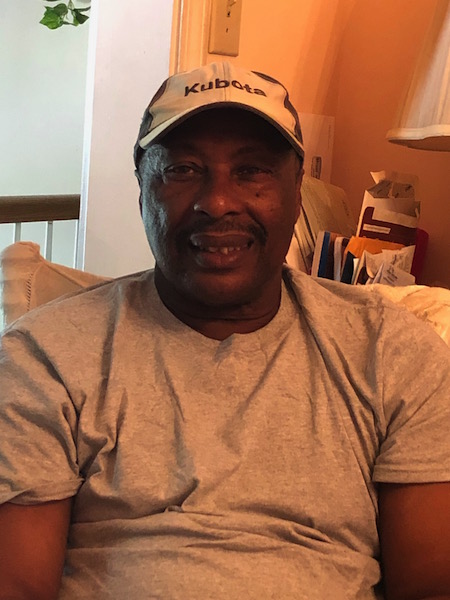 John Perkins has spearheaded the project to renovate the Providence Community Cemetery. (Contributed)

John Perkins has spearheaded the project to renovate the Providence Community Cemetery.

Family members of the interred decided to give the cemetery the much-needed attention it deserves.

There are at least 100 persons interred at Providence Cemetery.

Perkins’s mother (now in her 90s) began the tradition of maintenance of the grounds.

Project plans include securing the perimeter, obtaining grave markers, identification of unknown graves, leveling and cleaning head stones, and creating a map of the 8-acre cemetery.

Perkins has the support and assistance of the Columbiana Historical Society.

For the past 28 years, Perkins has volunteered with Shelby Iron Works.

“I found out they needed a lot of help down there. I worked on every building. This park was going to be for the community. I wanted to do my part to make it successful,” Perkins said.

During his tenure at the park, he has worked the syrup mill, awakened at 4 a.m. to cook sausage for the monthly breakfast event every first Saturday of the month, and has also served as vice president and president.

Perkins is also a member of the Columbiana Historical Society and a regular at the Iron Works and Historical Society meetings.
Over the past three decades, Perkins’s contributions to the park have been extraordinary, to say the least.

His devotion tireless and with energy to match, in earlier years Perkins donated over 150 hours to the park each month (especially during the Fall Festival).

These days at 74 years old, he has reduced the number of hours to around 40 each month. He has made many good friends and is a regular around the park.

The other volunteers appreciate his commitment and consider him a valuable part of their operation.

John is married to 71-year-old Johnetta, his wife of 53 years, who is a Shelby native.

The couple has a son, a daughter and four grandchildren.

A member of RSVP for the past 10 years, Perkins has logged 4,553 hours and is a recipient of the Volunteer Presidential Award.