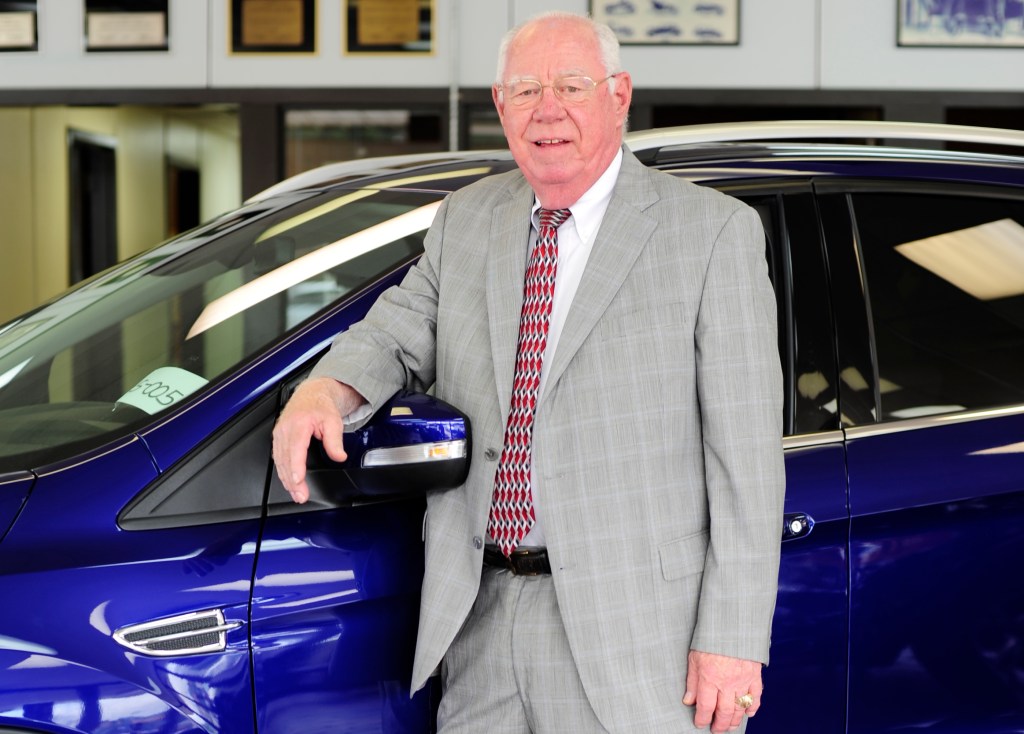 Born in Birmingham to Ernest Lee McCarty Sr. and Nettie Irene Shaw McCarty, he had resided in Vestavia Hills since 1967. McCarty was a 1953 graduate of Jones Valley High School, attended Howard College, which is now Samford University, and had worked in the automobile industry since 1953.

He became principal owner of Ernest McCarty Ford in 1983, and worked there for about 35 years, until he retired in 2018 due to illness. Over the years, McCarty’s dealership has won numerous awards for excellence in customer satisfaction and sales.

He was a member of Shades Mountain Baptist Church, a Mason, a Shriner and former member of the Naval Reserve.

Chris Williamson, general manager of the dealership, said McCarty was a great mentor, leader, friend and a father-figure to him and many others. Williamson worked with McCarty for 17 years at the dealership, but first met him about 25 years ago while working at the Ford Motor Company.

“He was just a kind, caring, genuine southern gentleman,” Williamson said. “He was very benevolent and a lot of the time his generosity was done anonymously. He wasn’t into the fanfare and he was always concerned about his customers. He knew that the customers and employees make the business.

Williamson said he was also instrumental in helping other Ford dealers get their start, whether it was offering advice or helping them learn the ropes.

“We’ll continue on, but there will always be a hole there,” Williamson said.

McCarty is survived by a host of family and friends including Edna McCarty, his wife of 64 years, and a son Lee McCarty, who was elected mayor of Wilsonville in 2012. He was predeceased by his parents, two of three siblings and a son, David Earl McCarty.

Those who wish to make a charitable donation in McCarty’s honor are asked to consider the Shriners’ Burn Hospital or the American Cancer Society.