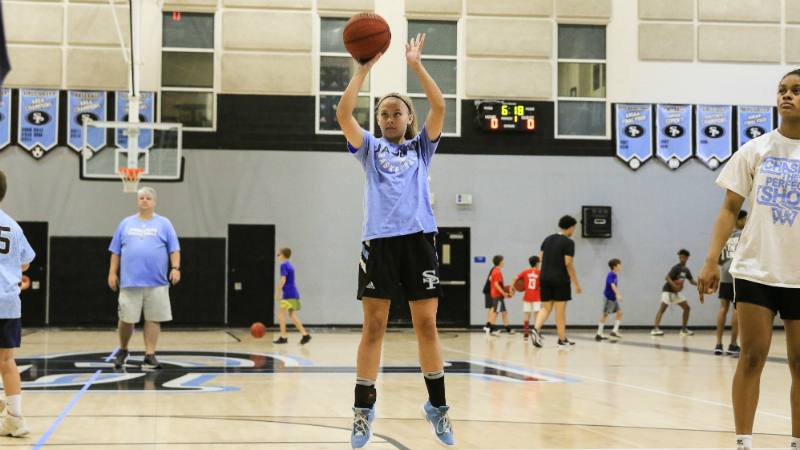 HOOVER – The 2018 high school girls basketball state champions had much to teach young players during a camp June 24-27 at Spain Park High School.

The days were split into three sessions: stretching first, station drills including ball handling and rebounding, and competitive games at the end of the day.

Campers were asked to bring drinks and a sack lunch, and received a camp T-shirt.

Three of Spain Park’s boys basketball players helped with the camp this year along with three players off the state champion girls team.

Chase has held the camp nine out of the 10 summers he has been at SPHS, and the camp dates back even further.

When Chase held camps at his previous position at Clay-Chalkville, the “Chasing the Perfect Shot” name originated because his teams stressed shooting.

Camp attendees included many younger, less experienced players, Chase said and added that his hope is to help increase interest in the sport.

“We just want them to be excited about basketball,” he said.