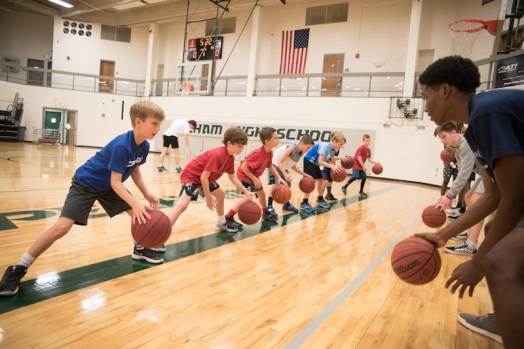 The 2019 Pelham basketball camp focused on four words of the day to help the campers realize the steps it takes to become a successful basketball player at a championship level. (Reporter photo/Keith McCoy) 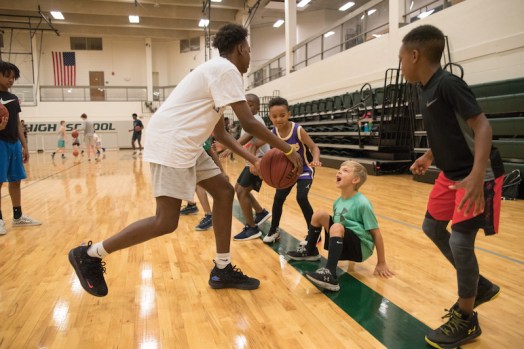 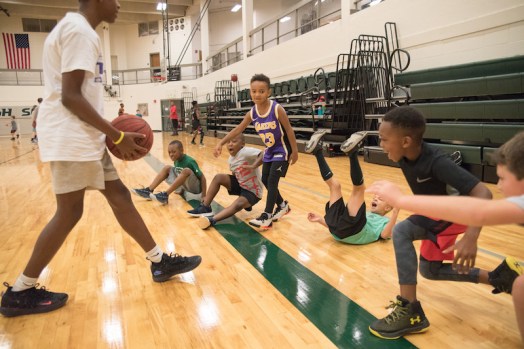 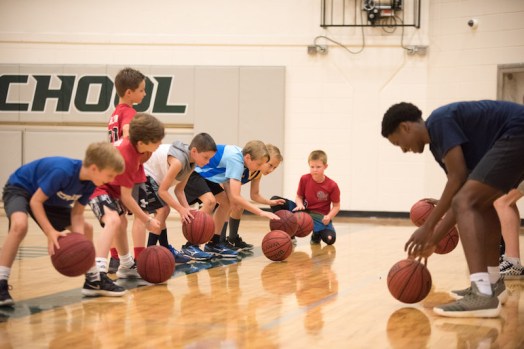 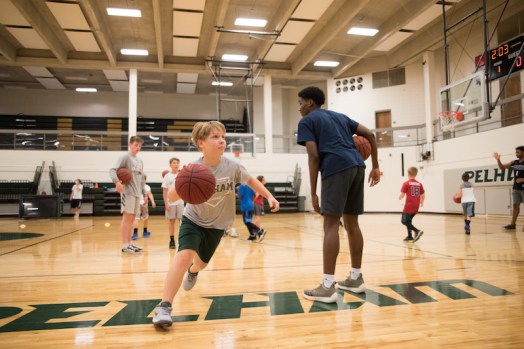 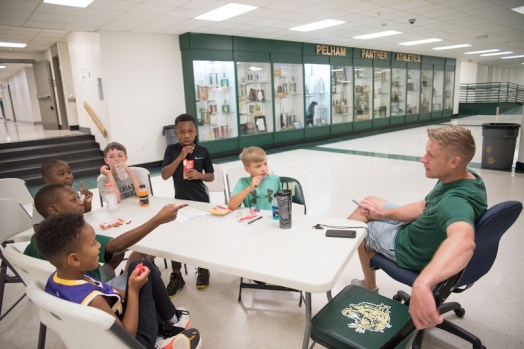 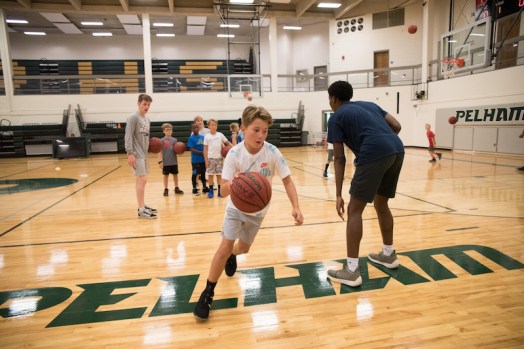 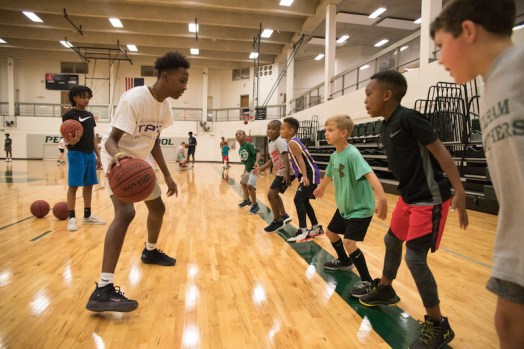 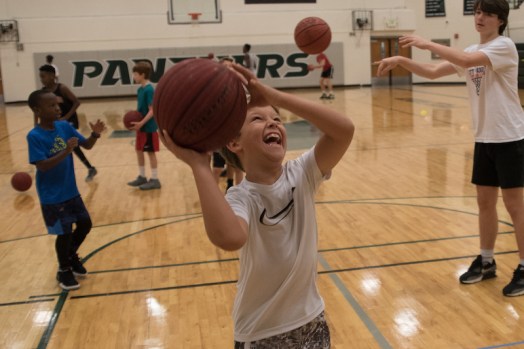 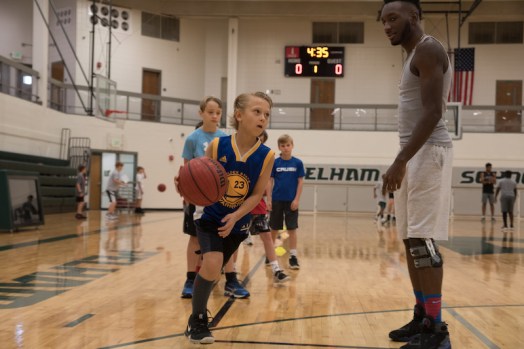 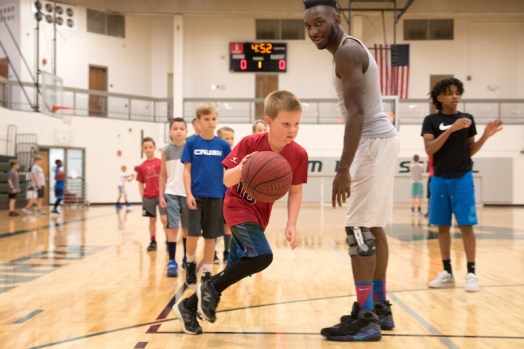 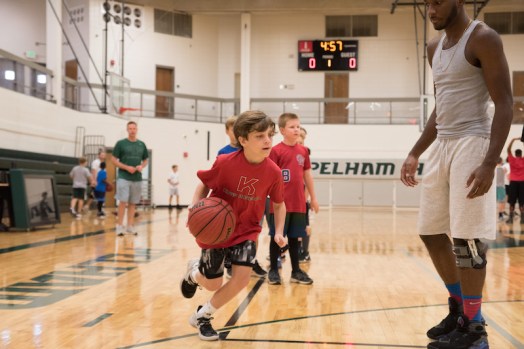 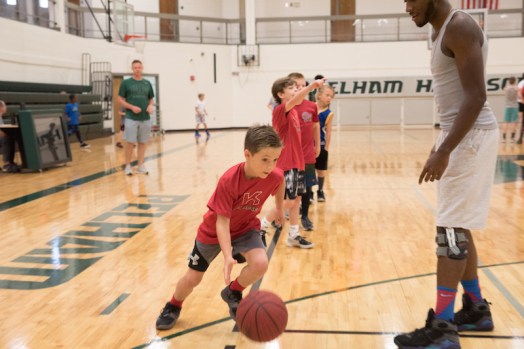 Throughout the week there was plenty of fun involved in the camp, including dancing, a dunk contest among Pelham players and different drills, but the take away from the event wasn’t necessarily the skills learned but the messages learned.

Each day of the camp had a different word of the day determined by Floyd, which determined what would be focused on during each session of the camp, which are highlighted below.

The first day of the camp featured the word hustle, which focused on hustling to the ball, taking charges and doing whatever it took to get to the ball and make a play, both defensively and offensively.

Using that as the first word of the day allowed the campers to learn how to take that hustle and use it throughout the rest of the week.

“Win or lose, we need to have a positive attitude all the time,” Floyd posted to Twitter. “Positive energy is contagious.”

Floyd exhibited what he meant by getting every camp attendee around him in a circle, before then getting them pumped up by yelling “Are you fired up?” All of the kids then let out a boisterous response showing just how fired up the were.

The first two techniques learned on the first two days were not only ways to be successful, but were also steps in becoming a team player, knowing that hustling and being positive for your teammates is what makes you a great teammate, which was the word of the day on day three of camp.

All of those aspects were part of the day, as campers worked on passing several times before taking shots as well as setting screens.

Using those three tools to success are all important in becoming a championship program, which led to champion being the final word of the day.

“To be a champion, we must give our best effort, have a positive attitude, be a great teammate and try and make everyone around as better,” Floyd said.

Aside from focusing on how to be true to each word of the day, the campers in attendance also learned basic fundamentals of the game such as shooting, dribbling, playing defense and using correct footwork.

They also had some fun to close out the camp with some dancing and viewing a dunk contest amongst the players, highlighted by Kendan Maddox throwing down a one-handed slam off the side of the backboard, which sent the kids into a frenzy of excitement.