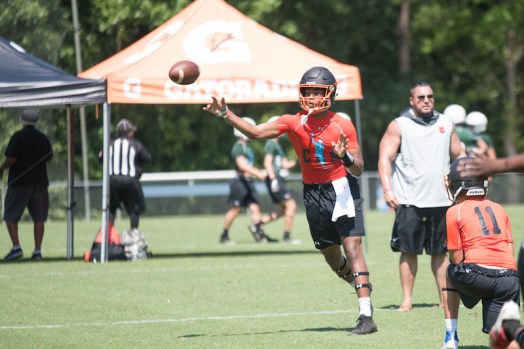 The Montevallo Bulldogs were the lone county team to compete in the 2019 Cam Newton 7-on-7 tournametn hosted at the BlackWatch Sports Complex off U.S. 280. (Reporter photo/Keith McCoy) 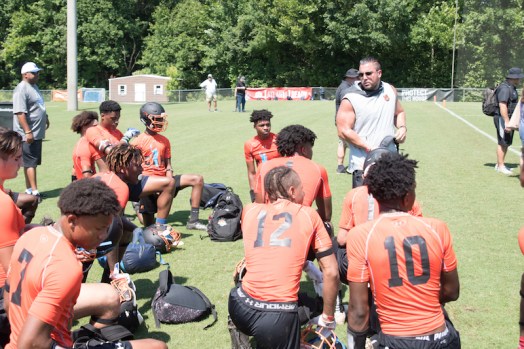 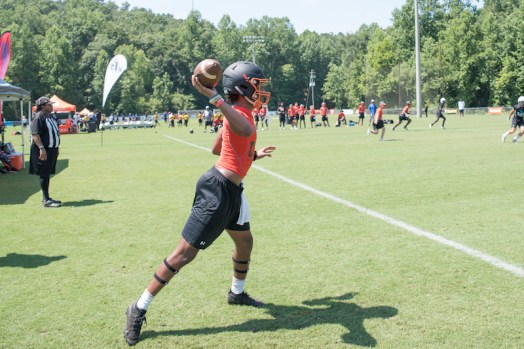 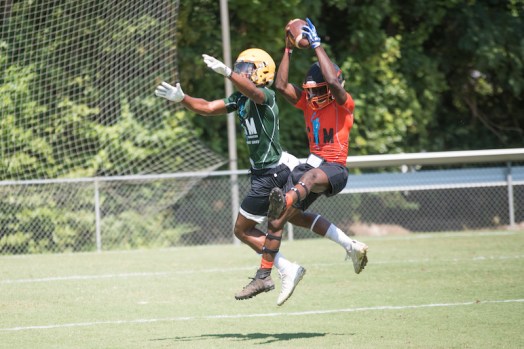 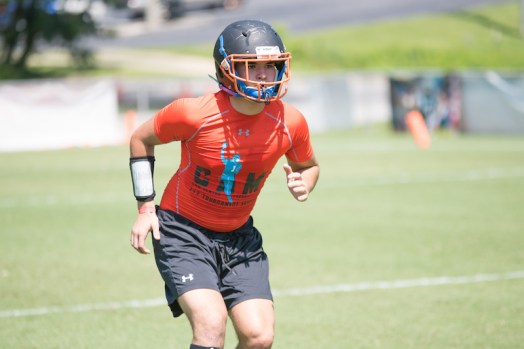 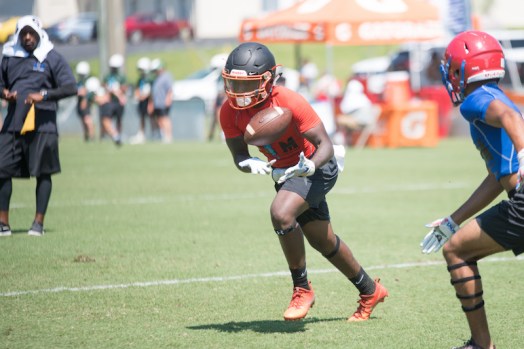 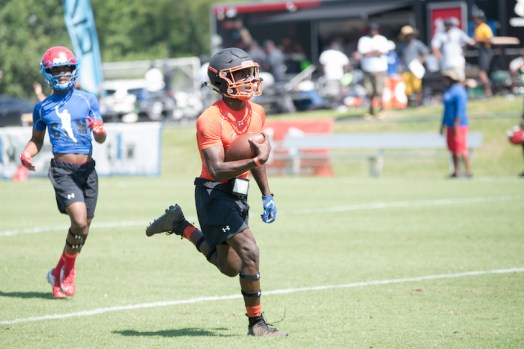 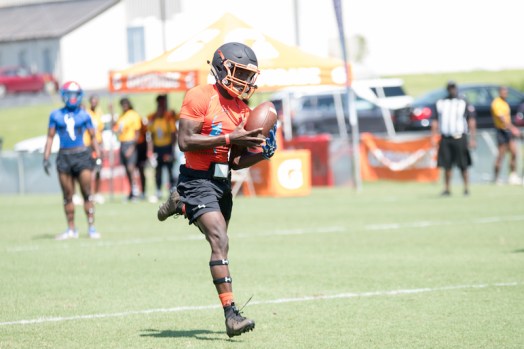 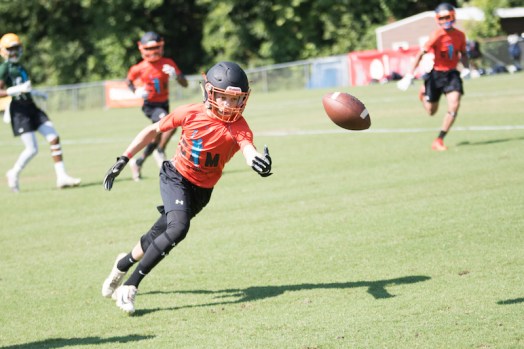 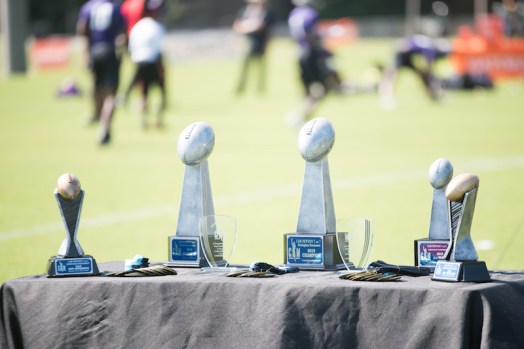 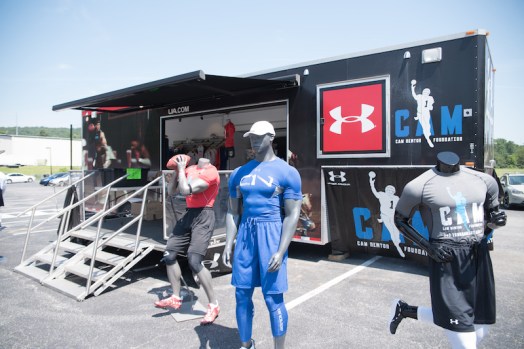 NORTH SHELBY – For the second year in a row, several local high school football teams found themselves in a special situation competing in the Cam Newton 7-on-7 football event hosted at BlackWatch sports complex off U.S. 280 between Friday, June 28, and Saturday, June 29.

Competing for not just a championship, but also a $2,500 donation to their football program, the event brought out a competitive edge amongst teams, including the Montevallo Bulldogs, who were the lone Shelby County team in the event.

Aside from first place winning $2,500 for their program, second place received $1,500 and third place $1,000. Each team also had the opportunity to compete in front of a three-time NFL Pro Bowler, an NFL MVP, a Super Bowl appearing quarterback, a Heisman Trophy winner and a National Championship winning quarterback in Newton himself.

During last year’s tournament, the Montevallo Bulldogs got off to a slow start with a 1-5 record in pool play, which set them up in a tough draw for the double elimination portion of the tournament the following day as the 13 seed.

Montevallo, however, came back to beat Minor, Fairfield and Grissom on day two of the tournament, while falling to Deshler and Sidney Lanier, to finish 4-7 overall.

This year, the Bulldogs got off to another slow start, but in different fashion.

Early in the event, MHS lost to Gordo by one point, Carver-Birmingham by one point and to Paul Bryant by a Hail Mary on the final play.

That, however, was followed by a 16-point win over Class 7A Jeff Davis to pick up the first win of the event. While the Bulldogs had one more loss, they also had another win by 20 points over Holt to finish the day with a 2-4 record.

After day one, Paul Bryant and Gordo were both 5-1, while Fairfield and Selma were 4-2. Jeff Davis, Pell City and Carver were all 3-3 at the end of the first day, and Asheville, Holt and Montevallo 2-4 with Woodlawn 0-6.

That put Montevallo in the bottom half of the bracket, but just like a year ago, the team came together for a special run on day two.

Early on day two, Montevallo was able to pick up wins against 7A Jeff Davis, for the second time, and 6A Carver to get redemption for a tough one-point loss the day before.

The Bulldogs had lost to Paul Bryant putting them a loss away from elimination, but they did bounce back to beat Holt for the second time in as many days, which actually sent them on to the semifinals of the tournament.

As one of the final four teams left, the Bulldogs had accomplished a tall task before Fairfield eliminated them with a 30-16 victory.

Paul Bryant went on to take down Fairfield in the championship to claim the top spot.

The event was put on by the Cam Newton Foundation, which started in 2014 as a way to support young people with different backgrounds to give them hope for the future both on and off the field.

The motto for the foundation is “Every 1 Matters” according to the foundation’s website Cam1newton.com, which follows the three guidelines “Every 1 Learns, Every 1 Plays, and Every 1 Gives.”

Each of those slogans helps highlight what is important both in the game and beyond, highlighting education, giving everyone a chance and giving back to others.