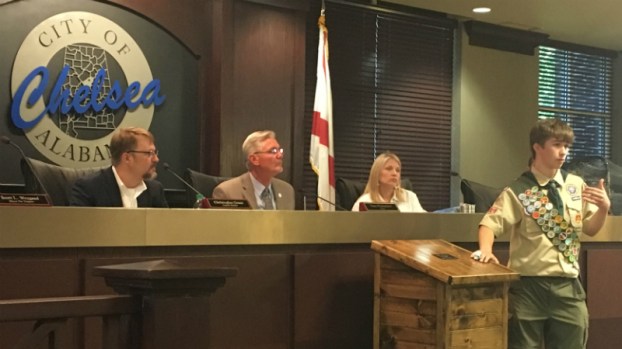 CHELSEA – Chelsea residents will soon be able to ensure the proper disposal of their American flags.

The Chelsea City Council at its meeting on Tuesday, July 2, learned that a local resident seeking the rank of Eagle Scout was building three flag retirement boxes to be placed at local fire departments.

Local resident Parker Bedsole led meeting attendees in the Pledge of Allegiance and then presented one of the boxes.

“We will have a representative from the (Scout) Troop come and collect these” and then retire the flags with honor, Bedsole said.

CHELSEA – Chelsea officials are seeking the public’s input about a proposed 1-cent sales tax increase in the city for... read more