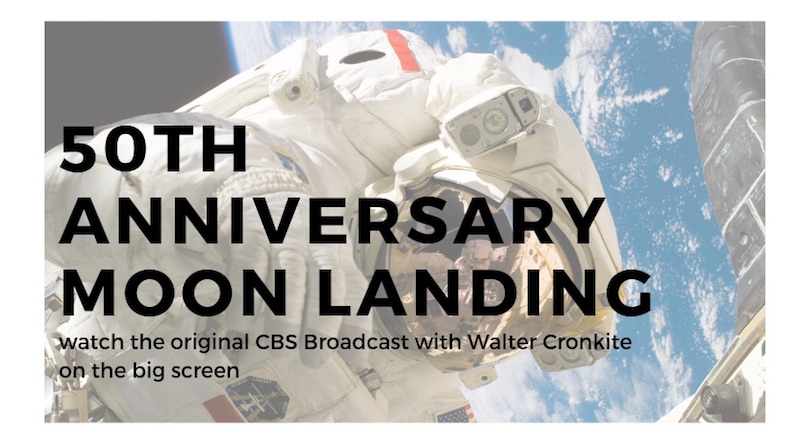 A view party honoring the 50th anniversary of the original moon landing in 1969 will be held at Montevallo’s Parnell Memorial Library on July 20. (Contributed)

MONTEVALLO – The Parnell Memorial Library will host a viewing party in honor of the 50th anniversary of the Apollo 11 moon landing on Saturday, July 20, at 11 a.m.

The original 1969 CBS broadcast, featuring Walter Cronkite, will be shown on the big screen in the Parnell Library Theatre.

Tang and cookies will be served in the library atrium after the event. The broadcast, which lasts about 45 minutes, features a famously emotional Cronkite as Neil Armstrong takes mankind’s first steps on the moon.

Experience history first-hand and watch the moon landing as it was shown live to viewers 50 years ago.