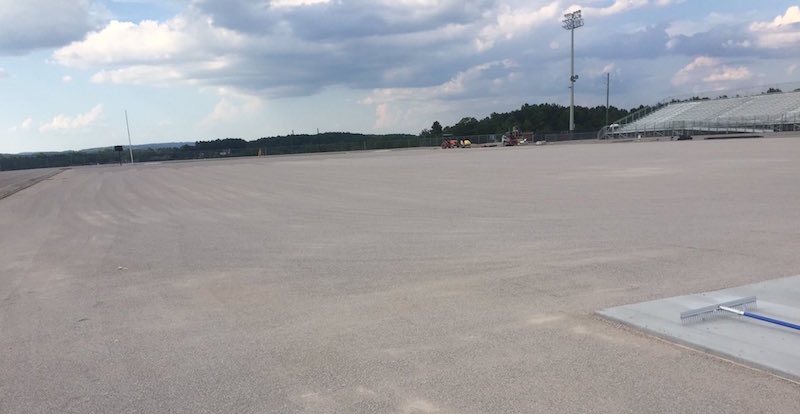 Helena’s 2019 Husky Day will take place on Saturday, Aug. 17, from 4-10 p.m., and will highlight the team and the new turf at the football stadium. (Contributed)

HELENA – There is so much to be excited about as a Helena football player heading into the 2019 football season from a loaded roster of returning players to the new turf being installed on the football field, and all of it will be on display at the 2019 edition of Husky Day on Saturday, Aug. 17.

In addition to those exciting sights, the event will also start later in the day at 4 p.m. to avoid as much of the summer day heat and will go until 10 p.m. that night when country/rock band McAbee’s Garage Band puts on a concert.

“Seeing the new track and turf generates a lot of excitement in its own, but we finished last season on a high note as well, which has created a lot of excitement around our program,” head coach and athletic director Richie Busby said. “Our program is building. LaDarrius Rice just got the first power five offer in school history, and I think six others have offers right now. We’re moving in the right direction, and our new facility is going to help catapult us.”

Throughout Husky Day, there will be scrimmages for teams from seventh grade to varsity, cheerleaders, little league games, a fall sports intro, autographs from the varsity players, jump houses, a dunking booth, a Corn Hole tournament, a punt, pass and kick competition and plenty more.

“We’re already looking at selling out our season tickets, and something like this event will hopefully only help grow that excitement even more for our season,” Busby said. “It takes a while to build a program, but we are heading in the right direction.”

The event will take place one week before Helena opens the 2019 football season against McAdory on Friday, Aug. 23, in front of the home crowd.

The turf is expected to be completed a week before Husky Day, which will give those in attendance the chance to get the first look at a program-changing aspect for Helena High School athletics.

As far as the team goes, the Huskies are coming off of four wins in their final six games to end the 2018 season, and will go into this season with a ton of confidence in themselves and the coaching staff.

Helena will also have the talent in 2019 with at least one returning starter at every position, including the leading quarterback, receiver and running back from last year’s team.

The Huskies will also have back one of the best offenses, and just about every key playmaker on the defensive side of the ball. With two losses by seven points or less last year, this year’s team not only has a chance to make the playoffs, but could even compete for a top-two spot if they gain the belief in themselves.