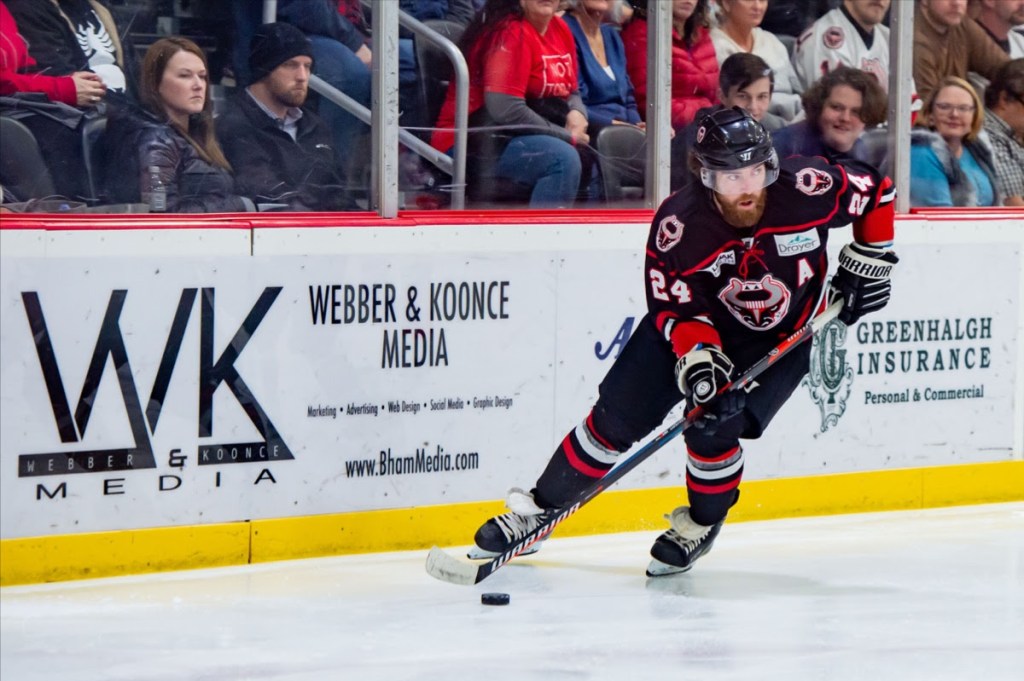 Birmingham Bulls’ star player Josh Harris, who was named the MVP of the SPHL during the 2018-19 season, has reached a deal to return to the Bulls for the upcoming 2019-2020 season. (Contributed)

PELHAM – The Birmingham Bulls’ front office announced on Tuesday, July 9, that forward Josh Harris will be returning to Birmingham for the 2019-2020 SPHL hockey season.

During this past season, Harris was named the league MVP, while also being named an SPHL All-Star after leading the Bulls to a remarkable second year as a program.

“Birmingham is an unbelievable city with great people and an organization that continues to grow,” Harris said in a press release after reaching an agreement with the organization. “I can’t wait to get back in October and see what year three has to offer. It’s time to go one step further.”

Harris finished the 2018-2019 season with 25 goals, 38 assists, two shorthanded goals and eight game winning goals. He also had a plus-minus rating of plus-20, one hat trick and led the Bulls in points with 63.

The news came as welcome news to SPHL Coach of the Year Jamey Hicks as well.

“Harry has really solidified himself as a premier player in our league,” Hicks said. “We are extremely excited to have him back and look forward to him building off his MVP season of a year ago.”

Over the last two seasons with the Bulls, Harris has played 50-plus games in each and has scored 25 or more goals in each. Two years ago, he posted 26 goals and 23 assists with 49 points, while he improved this year with 25 goals and 38 assists for 63 points. His plus-minus also went from minus-nine to plus-20 this season.

It marked his two best seasons in a six-year SPHL career, and his best since his first two with Huntsville and Peoria between 2013 and 2015.

During the 2016-17 season, Harris struggled to find consistency after spending time with three different teams, including Peoria, Huntsville and Pensacola.

That, however, seemed to spark him, and with the Bulls, he found the consistency he was looking for thanks to being utilized under Hicks.

While Birmingham struggled in its inaugural SPHL season, the team was able to bounce back in year two going from second to last all the way up to second in the league.

The Bulls eventually went on to make a trip to the SPHL Championship series against Huntsville where their season came to an end.

It was a remarkable turnaround this past season, and to have the MVP of the league back for another year should help the Bulls moving into a new season looking to claim the elusive championship.