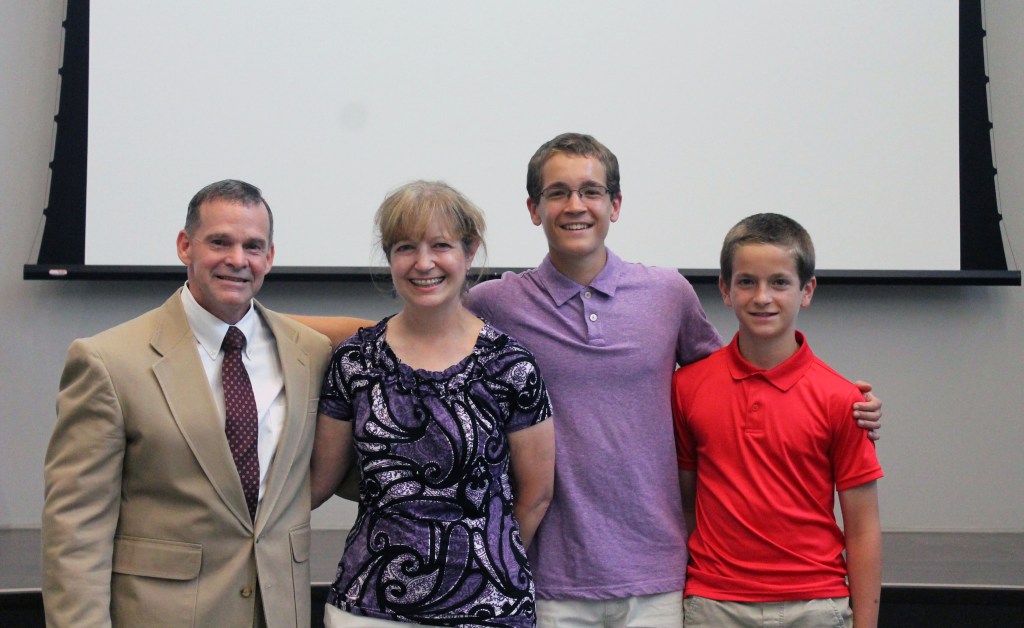 “I am realizing how much I have to learn,” said newly seated Pelham City Schools’ board member Bob O’Neil after the last PCS Board of Education meeting. Fortunately, O’Neil loves learning—so he grinned as he spoke about this new challenge.

Knowing that O’Neil finished high school in Fairhope and graduated from the University of Alabama before becoming a naval officer, I wondered how the O’Neil family landed in Pelham.

Both O’Neil and his wife, Judy, were serving at different Gulf Coast military posts when Hurricane Katrina hit. Bob O’Neil was in Louisiana. After witnessing Katrina’s devastation, the O’Neils chose a post-military home without a coastline, settling in Pelham in 2006.

“We had visited Jane Edgerton, my high school classmate, and her husband and children in Pelham. With Judy’s mom in Louisville and my family in Fairhope, Pelham gave us equal proximity to both. I also loved the idea of being only an hour from The University of Alabama’s home football games,” said O’Neil.

While continuing to work in ministry and other areas, O’Neil’s more flexible schedule allowed him to chaperone school field trips and become active with The Pelham City Schools Foundation. When the idea of applying for the board of education surfaced, O’Neil’s response was automatic.

“I have the time to be fully invested as a school board member,” said O’Neil. “I was ready and willing to serve.”

Devotion to their two sons’ schools was already a lifestyle for O’Neil and his wife. Applying for the school board extended his devotion to all of Pelham’s schools and students.

“For kids to be successful with their talents, I believe that we should create environments where students can explore with fun and excitement,” said O’Neil. “Fascination with the world should lead students to learning.”

O’Neil lists mentoring, community involvement, and guest lectures as ideas he would like to see PCS explore.

“I want schools to be a place of trust for all students, parents, teachers, and everyone involved,” said O’Neil. “That’s my dream.”