MONTEVALLO – The Montevallo City Council spent a portion of its July 8 meeting discussing a proposal to hire a Sustainability Coordinator for the city and potential changes to the city’s waste and recycling collection services.

The council reviewed a recommendation from the city’s Sustainability Committee regarding Mayor Hollie Cost’s proposal to create a new salaried position, Montevallo Sustainability Coordinator, and to hire someone to fill the role. 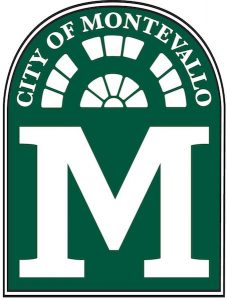 In a letter to the council, Cost wrote the Sustainability Coordinator “would be responsible for managing, coordinating, facilitating and advising the development, implementation, monitoring and improvement of local government policies, programs and initiatives that promote local environmental, energy, economic and social sustainability. This includes managing the city’s sanitation services and recycling center.”

The Sustainability Coordinator would report to the city’s Director of Public Works, the letter read, and would carry out tasks other city employees do not have time to add to their existing duties.

The Sustainability Committee voted unanimously in its July 3 meeting to recommend the council consider the proposal to hire someone for the position, with the caveat the proposed salary range for the employee is comparable to other positions within the city.

The proposal calls for the city to utilize a portion of its excess sales and use tax revenues, which were 10 percent ahead of budget for the year as of the end of May.

The committee also recommended the council consider a letter from Waste Pro, the city’s current collection service, regarding the company’s proposal to make “extensive changes” to its service in Montevallo, following citizen complaints about missed collections throughout the city.

“As you are all aware, our current service strategy involves too many variables to be reliable; there are too many trucks servicing the city and Waste Pro’s maintenance staff is too far away from the city to correct mechanical issues in a timely manner,” the letter read in part. “We at Waste Pro are aware that some in the community are not happy with our service and we acknowledge that their angst is understandable. We do however hope that leadership will recall the good years of service and give us the opportunity to correct our mistakes.”

The proposal lays out a plan to break up the city’s waste collection service into four days instead of one—with one experienced driver whose sole responsibility is the city’s route—and for the city to halt its curbside recycling efforts and focus on its drop-off recycling center.

The Sustainability Committee recommended the council consider the new four-day collection service, but did not agree with Waste Pro’s suggestion for the city to halt its curbside recycling service.

In her letter about the Sustainability Coordinator, Cost said the results of the recycling forum the city held in May revealed the community “highly values recycling, as well as other community environmental sustainability efforts.”

“Aside from service related issues, participants at the forum seemed to hone in on the root of our problem with recycling – inadequate education,” she wrote. “We clearly need to do a better job educating and communicating, both our residents and local businesses, what is recyclable and what is not. It was evident from the forum that our residents want to be part of the solution – they just don’t know how.”

Director of Public Works and Sanitation Kirk Hamby said he was in favor of the multi-day waste collection service plan because it would allow for missed pickups to be remedied more quickly than on the one-day schedule.

City Clerk and Treasurer Herman Lehman said if the council approves the waste collection changes, the city could mail a letter to all residents and circulate information via the city’s website and social media pages to notify the community of the changes.

The committee agreed for Lehman to place the collection service and sustainability coordinator proposal items on the council’s July 22 meeting agenda, as the July 8 agenda had been published and posted prior to the committee’s July 3 meeting.