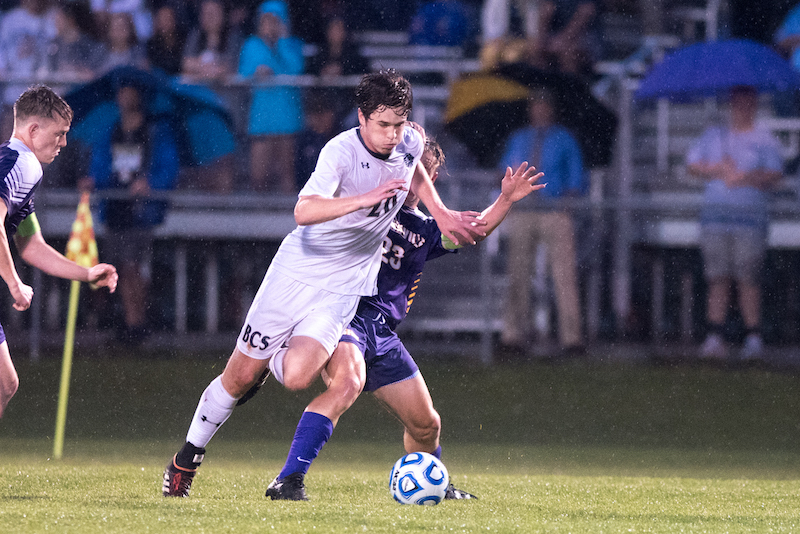 Briarwood’s Logan Frost was named a 2019 United Soccer Coaches Association All-American on Wednesday, July 10, making him one of the top 20 soccer players in the country. (Reporter photo/Keith McCoy)

United Soccer Coaches announced the association’s High School Boys and Girls All-America Teams for the winter and spring seasons during the 2018-19 school year and Frost was one of the elite players from across the country to be named to the boys’ team.

It marked the first time Frost had been named to the team in his four years as a starter after leading the Lions on a redemption path to the 2019 AHSAA Class 4A-5A State Championship, earning the MVP award in the Final Four.

Despite the many great players that have come through the Lions’ program, including the three previous All-Americans, Frost became the first Gatorade Alabama Boys Soccer Player of the Year to be chosen from the school when the award was announced on June 6.

Throughout the 2019 season, Frost scored his 100th career goal at Briarwood before going on to post 24 goals during the season, which led to him ending his career with 112 goals.

That mark puts him third all-time in school history, while he also added 21 assists during his final season to pick up 80 in his career and finish fourth on the all-time list in that category.

With that goal and assist total, he posted 69 points as a senior, which was the highest mark in Shelby County this past season.

His dominant presence and determination helped lead the Lions to a 21-1-3 overall record and to the redemption the Lions sought thanks to a 5-0 shutout victory in the Class 4A-5A State Championship game against Springville.

In addition to Frost being named to the All-American team as one of the 19 best players in the country, the 2018-19 Boys and Girls All-Region Teams for the winter and spring seasons were announced as well, which featured Chelsea girls’ soccer player Lexie Duca.