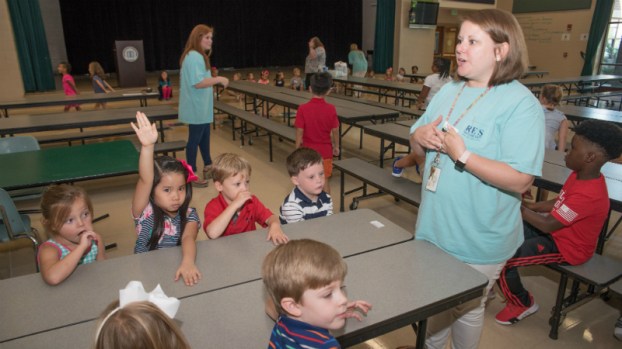 The Alabama Legislature approved a 4-percent pay raise for teachers in the state. (FILE)

HOOVER – The Alabama Legislature instituted a 4-percent pay raise for teachers in the state, and those employed by Hoover City Schools will see bigger paychecks sooner rather than later.

The HCS Board of Education at its meeting on Thursday, July 11, approved Superintendent Kathy Murphy’s proposal for the pay raise to take effect with the start of employees’ contract.

The school system could have waited until the beginning of the next fiscal year on Oct. 1 to enact the pay raise.

“We always want to be competitive with our friends, but most importantly I want to acknowledge our employees and the increasing challenges they have daily.”

Board President Craig Kelley said Murphy pushed for the early pay raises, and that she declined to accept the raise to her own salary, though her contract would have allowed it.

“This is not the Board asking for this; this is Dr. Murphy,” Kelley said. “We appreciate what the employees do. We could not do this without you.”

The Board also approved the salary schedule and supplement schedule for the 2019-20 school year that included the pay raise.

Murphy also introduced a new substitute salary schedule that could be voted on at an upcoming Board meeting.

A special called Board meeting to consider last-minute hires prior to the start of the school year will be held at 10 a.m. on Thursday, Aug. 1, at RC3; and the next regular Board meeting will be at 5:30 p.m. on Tuesday, Aug. 13.

FROM STAFF REPORTS MONTEVALLO – The University of Montevallo has been named the top accredited higher education institution in the... read more