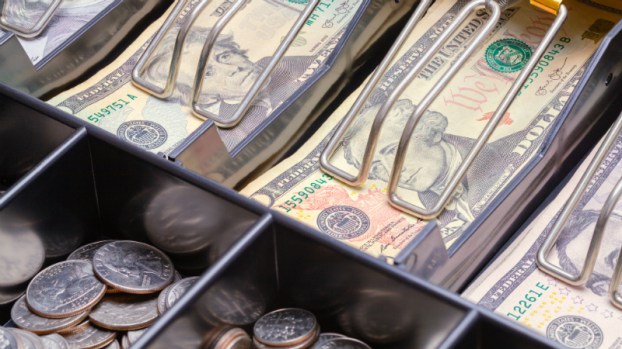 CHELSEA – Supporters and opponents of a proposed 1-cent sales tax increase to fund projects at schools in Chelsea voiced their opinions during a public hearing on Tuesday, July 16.

The Chelsea City Council meeting room was almost full of residents for the hearing, which followed a regular meeting of the Council.

Before residents addressed the Council, Mayor Tony Picklesimer asked for a show of hands to determine how many of the attendees were for, against, or decided about the increase, which was first proposed at the July 3 meeting of the Council.

City officials said all funds generated by the sales tax increase would entirely go toward ancillary school projects, such as athletic facilities and providing school supplies that teachers currently pay for out of pocket.

“If approved, we will manage this money well, and we will do with it what we say we’re going to do with it,” Picklesimer said.

Councilmen Chris Grace, Cody Sumners and Scott Weygand said they were eager to hear from those in attendance and that the Council always values residents’ opinions.

“This is one way we can help our students,” Bittner said.

About 15 people addressed the Council, with views on both sides of the issue.

Rachel Ivey said she worked as a School Resource Officer and supported the increase because education funding helps prevent drug use and other negative behaviors by students.

“I encourage the community to show Chelsea’s children that we value them,” Ivey said.

Sandy Blakely said she has been involved with multiple parent-teacher organizations and thought the increase would negatively affect such groups’ fundraising efforts, and residents in general.

“Please consider the burden you’re going to be placing on your citizens,” Blakely said.

Jim Leslie said the burden for properly funding the schools should remain on the Shelby County school system, which own and operate the schools, and not Chelsea.

Allen Atchison said the tax burden is already too heavy, a tax hike could slow economic activity and a sales tax is regressive.

“The facilities have not changed at Chelsea High School—they’re the same as when my father (Butch Hudspeath, who was athletic director from 200-2001) built them,” Hudspeath said.

Sam Mann said he fears Chelsea is trying to “keep up with the Joneses,” and Eric Peterson said he opposed the tax because it would bring the city’s overall sales tax higher than some surrounding municipalities.

Former City Councilman David Ingram said Chelsea should bring its facilities up to the level of its neighbors.

“I can’t count the number of times I’ve heard someone say they’re embarrassed of our middle school and high school facilities,” Ingram said. “We’ve been stagnant for too long.”

Ed Hunt concluded the hearing by saying he fears that if a sales tax increase was enacted and an economic downturn followed, Walmart, the city’s largest source of sales tax revenue, could close.

Picklesimer said he was “grateful” and “proud” of the way Chelsea residents handled themselves during the hearing, and that city officials would take their opinions into consideration.

If they move forward, the sales tax increase could be voted on by the Council at its Aug. 6 meeting.

FROM STAFF REPORTS HOOVER – Leadership Hoover has announced its class for 2019-20, along with new appointments to its board... read more