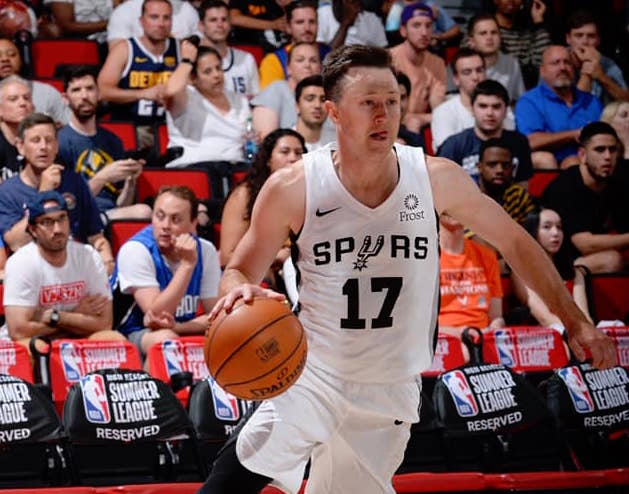 Former Spain Park basketball player Josh Magette will get his second NBA two-way contract in the last three years after reaching a deal with the Orlando Magic on Wednesday, July 17. (Contributed)

ORLANDO, Fla. – The Orlando Magic signed former Spain Park basketball star Josh Magette to a two-Way contract on Wednesday, July 17, giving him another opportunity in the NBA after spending time with the Atlanta Hawks during the 2017-18 NBA season on a two-way contract.

The call came after Magette spent time playing with the San Antonio Spurs during the NBA Summer League, where he again flashed plenty of brilliance with the basketball.

Magette, however, is still flying under the radar after stellar stops in high school, college, overseas and even the NBA.

After being one of the most dynamic basketball players in Alabama high school basketball history due to his ability to hit NBA-range 3-pointers, drive through traffic for a layup or dish an assist, former Spain Park basketball standout Magette only received one college scholarship offer to the University of Alabama at Huntsville.

He flew completely under the radar despite all of the proper tools needed to be a successful guard, which led to UAH getting a gift in Magette’s presence. During his time with the Chargers, Magette became the most decorated player in school history by leading his team to two appearances in the Elite Eight of the NCAA Division II playoffs and eventually being named the Gulf South Conference’s Co-Player of the Year.

Magette ended his time with UAH as the school and conference’s all-time leader in steals with 268 and assists with 878, which also ranks fourth all-time in all of NCAA Division II.

Still, he flew under the radar coming out of college and ended up playing overseas and in the G-League for the Los Angeles Defenders, before getting the opportunity at a two-way contract with the Atlanta Hawks for the 2017-18 NBA season where he got to play in 18 games in the NBA, while spending the rest of the season in the G-League.

With the Hawks, Magette averaged 2.6 points, 3.2 assists and 1.1 rebounds only playing in 12 minutes per game. After little playing time early in the season, he got the chance to play close to 20 minutes per game in seven of the final 15 games of the season.

He’s not a player that is going to go out and drop 20-plus points a night, but he is a guy that has great vision and does what it takes to find the open man to help out the team.

That showed again during the Summer League when he averaged 6.8 points, 4.8 assists and 2.5 rebounds per game, at one point getting the attention of Grant Hill, who said “The Spurs are out of sync when Magette is not in there, turning it over and not getting open looks. They need him back in there to get something going.”

Now, Magette will get the chance to once again prove his worth to an NBA team during the 2019-20 season for the Magic where he can play up to 45 games. When not suiting up in Orlando, he will spend the rest of the season playing for the G-League’s Lakeland Magic.

At 29 years old, some may think his time will never come to be a full-fledged starter in the NBA, but with more experience coming his way and a never-give-up attitude, it’s likely just the beginning.