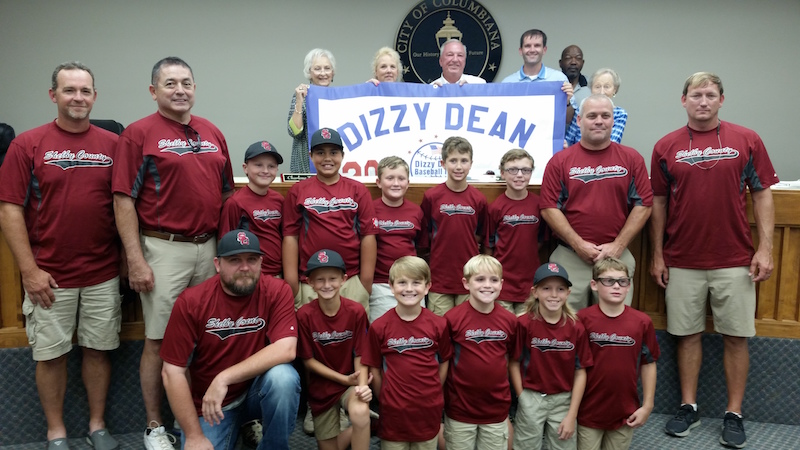 Members of the Shelby County 9U Dizzy Dean State Championship team were recognized for their accomplishments at a Columbiana City Council meeting on July 16. (Reporter Photo/Emily Sparacino)

Players on the Shelby County 9U Dizzy Dean State Championship team and their families filled the Council Chambers on July 16 as Mayor Stancil Handley presented City of Columbiana pins to each player.

“We’re very proud of them,” Handley said. “Thank you for coming to council tonight and letting us meet you.”

“They did a fantastic job all summer,” Councilman Ricky Ruston said. “(It was) a great effort by everybody. I know they’re excited.”