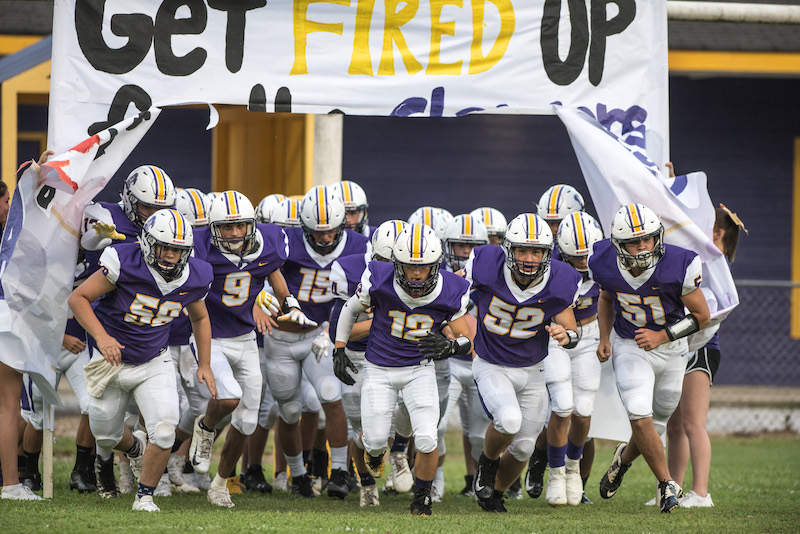 The Cornerstone Chargers will look to improve on last year’s 2-8 record when they take to the field this season, and if the offense can take strides forward, that is highly likely. (Reporter photo/Keith McCoy)

It’s time for a new season for the Cornerstone Chargers and it marks the third for head coach James Lee, as they look to continue to build and put last year’s 2-8 record behind them.

While last year didn’t go according to plan, the Chargers went to work every day despite difficult loss after difficult loss as well as circumstances out of their control such as injury.

That’s a lot of motivation for a team to carry that has several key playmakers back on its 2019 roster.

With that said, it’s going to take a major improvement. Last year, the offense only scored 17 points per game, while the defense gave up 31.4 points per game thanks to struggles on both sides of the ball, and while the Chargers will return several key playmakers, they’ll also lose their starting quarterback Nick Green as well as their two best players in Tanner Falkner and Jake Blankenship.

With that talent gone, this year’s team will have to rely heavily on a quarterback stepping up and taking this team to the next level.

Heading into the season, junior Lane Bailey and sophomore Kyler Simmons are battling for that opportunity. Bailey played some last year and is a talented runner, while Simmons is younger but has a lot of upside with his speed and athleticism.

If Cornerstone wants to be better this year, it will start with that position, as the offense will have to sustain drives and put up points to not put all of the pressure on the defense.

While Falkner and Blankenship will be gone from the running back position as flex type players, seniors Mason Richards and Bryant Talbert will step in and look poised to lead the unit with Richards being a power back and Talbert being a bit shiftier.

At receiver, somebody needs to emerge as a go-to target for whichever quarterback gets the nod, especially with Falkner and Blankenship gone. The good news is that the Chargers will have three seniors ready to go led by John Robert Waugh, who is a long receiver that can go up and grab the ball. Andrew Flack and Blake Fulps will be the other two guys. Forming a passing game this year will be key.

Teams are as good as their offensive and defensive lines, we all know that by now, and for Cornerstone, those two positions are probably the most experienced heading into the season.

Having started three freshmen up front last year, the team will have just about every player back up front. Justus Adams and Warren Goodwin were two of those freshmen, and both will be returning starters this season as sophomores, while seniors Jackson Causey and Trey Landman add even more experience.

All four of those guys will also play on the defensive front, while many others will factor in.

The reason the offense will have so much pressure to be better this year is because the defense returns so much and should be improved.

Behind the returning four starters on the line, the Chargers will return possibly their strongest unit at linebackers. With Bailey, Waugh, Richards, Simmons and Zach Townley all bringing experience to the table. Each player has a good frame and can have a standout game on any given night.

The secondary will be slightly thinner with Talbert and Fulps being leaders back there, while Richards will slide back to play there at times as well.

As for special teams, the Chargers not only return one of the county’s best kickers in Jace Bailey, but also have Mason Collins added to the mix.

Prediction (5-5): As long as the Chargers stay healthy this season, they’ll automatically be an improved team, but the schedule will be difficult once again. The key to success for Cornerstone in 2019 is the offense. The defense will be better than it was last year, but the offense has to move the ball and score points to keep up with the talent it will face each week. With a lot of new pieces on that side of the ball, the Chargers will have to prove themselves early in the season, but also can’t get let down if they get off to a 1-2 or 1-3 start, because the playoffs will still be well within grasp down the stretch.