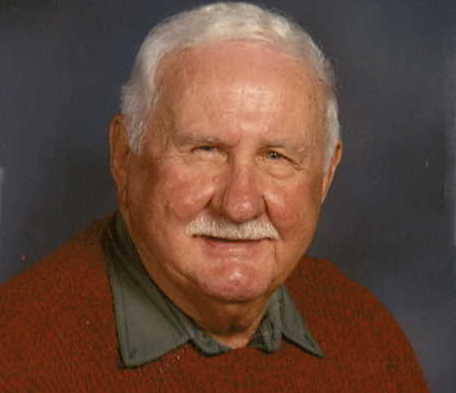 He was born in Helena on February 10, 1928 and moved to Calera after the death of his father in 1933. He joined the Navy in 1944 at the age of 16 and served his country in the Philippines in the 5th Fleet aboard the YG30 where he eventually became commander of the ship. Once the war was over he returned to Calera where he completed his education and met and married his “sweetheart,” Elizabeth Marie Tomlin, on June 12, 1948.

He soon became a respected member of the community and was elected to the Calera City Council in 1960. A year into his second term, Mayor Neal Farris died, and Roy, who was mayor pro tem, took office. He’s won re-election ever since, except in 1968 and 1980.

Calera’s population was 1,928 when Roy was first elected to the council. During his tenure, the city grew quickly, and at one point, it was the fastest-growing city in the state. In total, he served the community for more than 40 years. After retirement, Roy moved to Lake Mitchell in Chilton County.

Though he was an accomplished public servant and World War II Veteran, his proudest accomplishment was his family. He once said that the decision to marry Elizabeth, his wife of almost 70 years, and start his family was the best thing he ever did.

Those closest to him said the love he had for his family, and they for him, was evident up until his last breath. According to his family, he loved to a fault, and this love and leadership kept the Roy family strong and united through both good times and bad.

His funeral was held at Concord Baptist Church on Wednesday, July 17, at 11 a.m., with Lonna Lynn Euler Higgs officiating. He was buried in Shelby Memory Garden.

By GRAHAM BROOKS / Staff Writer PELHAM – Visitors of Oak Mountain State Park had the opportunity to meet some... read more