Edith Sanchez says she has the things in life that matter the most, such as a good marriage, health and great family.

She and her spouse migrated to the United States from Panama in 1994.

Their daughter was already an Alabama resident, so they decided to move where they could be in close proximity. 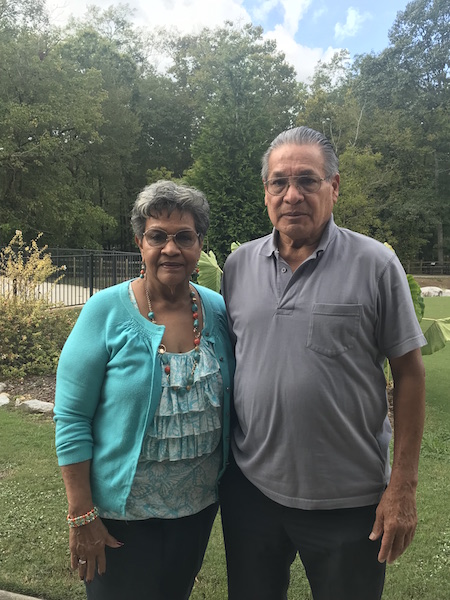 Edith Sanchez, left, is active in the ministry division of her home church, Church of the Highlands. (Contributed)

Sanchez said she is grateful for having access to health care and to be able to live in a society that deals with less corruption.

“The health system in the U.S. is very good; it is not good in Panama,” she said.

Sanchez loves to bake, and after her move to the U.S., she was able to exercise her baking sills when she was hired as a baker at Publix, where she made bread.

Sanchez is committed to serving her fellow man in any way she possibly can.

She is active in the ministry division of Church of the Highlands, where she has been a member for the past four years as well as Riverchase Highlands, the church she previously attended.

For three years she supported feeding ministries, such as Inverness Vineyard’s community meals projects, in which she assisted by preparing food and serving meals.

“We enjoyed that activity. If we can go, we go – whenever needed,” she said.

She has been a member of the Alabaster Senior Center for the past six years, but is no stranger at the Pelham Senior Center, especially on Thursdays.

Sanchez looks forward to playing games like bingo and participating in the exercise class.

She and her husband look forward to attending concerts and other events in the community that are available through the centers.

Sanchez has been a RSVP member since 2011, has logged more than 4,000 volunteer hours and is a recipient of the Presidential Volunteer Award.