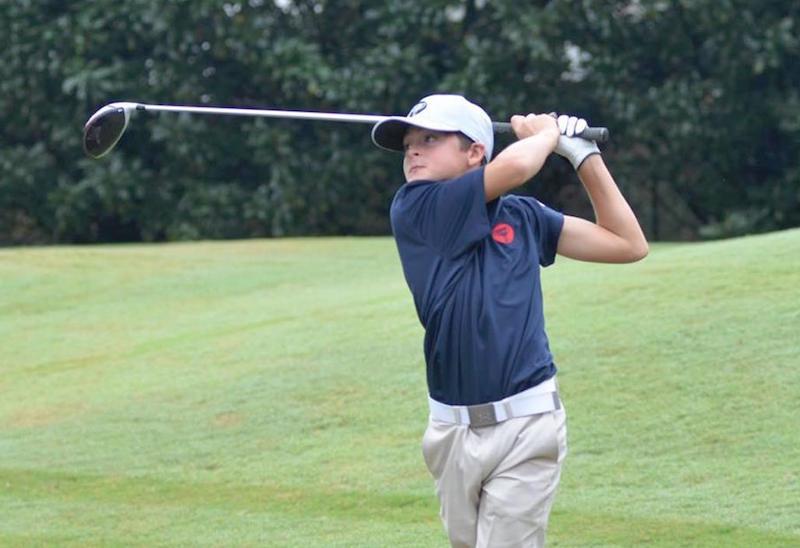 TUSCALOOSA – A rising seventh grader at Berry Middle School, Chase Kyes has already made waves across the state when it comes to the sport of golf, and on Thursday, July 25, he added to an already crowded trophy case by winning the Alabama Boys State Junior Championship 12-13 age division at Tuscaloosa’s Indian Hills Country Club put on by the Alabama Golf Association.

Kyes, who won’t graduate from Spain Park High School until the year 2025, shot rounds of 69, 70 and 72 to finish the tournament at 2-under par and the only player under par with a three-round aggregate score of 211.

The next closest contender was another Birmingham-area resident in Christopher Yielding, who shot rounds of 73,71 and 72 to finish at 3-over par, but beyond that, the next closest competitor was at 14-over par, showing Kyes ability to run away from the field in a tough setting.

Kyes’ opening round of 69 was his best thanks to three birdies on the front nine and one on the back nine with one double bogey on the eighth hole.

The next day, he posted four bogeys, but also added five birdies to shoot a 1-under round of 70. While the final day featured six bogeys as he tried to close out the victory, Kyes also posted four consecutive birdies on holes five through eight to help balance out a 1-over round of 72, which was more than enough to claim the championship.

Over the last two years, in BGA events, Kyes has played in 21 events and won 13 of those events, while finishing inside the top two 17 times and inside the top 10 18 times.

While he’s still young and has a lot of growth ahead in his game, Kyes is off to a good start and has the opportunity to make a name for himself in the near future.