COLUMBIANA – A 59-year-old Helena man will serve the next few years on probation after pleading guilty in July to one charge of financial exploitation of an elderly person after stealing $4,000 from his mother’s bank account. 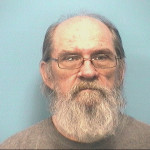 Russell Brian Martin, who lists an address in the 2500 block of Bridlewood Drive in Helena, pleaded guilty to one count of financial exploitation of an elderly person during a July 11 hearing in front of Shelby County Circuit Court Judge Daniel Crowson.

Crowson originally sentenced Martin to three years in prison, but suspended his sentence to two years of probation. Martin also must pay restitution in the amount of $13,550 to the victim and must avoid initiating contact with the victim.

The Helena Police Department arrested Martin and placed him in the Shelby County Jail on June 25 on a bond totaling $10,000 where he remained until his July 11 preliminary hearing.

According to his arrest warrant, Martin “intentionally and knowingly committed financial exploitation of an elderly person” in November 2013, after allegedly taking his mother to the bank and withdrawing $4,000 cash without the conservator’s permission.

By GRAHAM BROOKS / Staff Writer HELENA – The Helena Police Department is asking for the public’s help in identifying... read more