“My name is on the book, but without my tribe, this would have never happened.”

These are the words of Shelby native, Ellie Littleton as she talks about her first published Bible study.

Littleton had written several Bible stories before this one for her church staff to use in preparation for their annual Women’s Conference. 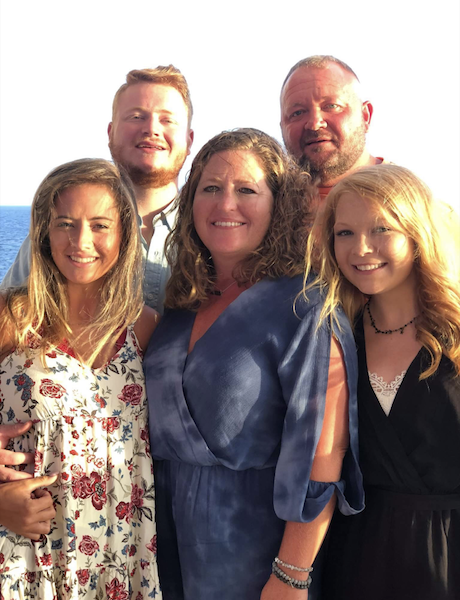 This one was a response to her pastor, David Warren, whose vision was to put the theme of discipleship at the forefront of the South Shelby Baptist’s mission.

Littleton, 44, has a background in teaching that compliments her work in writing Bible studies.

She is a teacher at Shelby County High School, where she has taught ninth and 11th grade history since 2005.

Currently, she is an academic interventionist for the school.

“My church friends are who I call my tribe,” Littleton said.

It was her tribe that pushed her to take her most recent study a step further and have it published.

“It would have never happened without them,” she said.

Through the encouragement of her friends and church family, the bible study “Be a Disciple, Make a Disciple” became a reality for Littleton.
Her study in discipleship is divided into five parts, the fifth part being written by her best friend Christy Mooney.

Mooney’s contribution to the book tells of their journey together in the matter of discipleship.

Now that her study is in print, her tribe has pushed her to yet another venue to get her work out to those who want to learn more about the topic of discipleship. They have arranged for Littleton to have her first book signing in Shelby’s County seat, Columbiana.

On Saturday, Aug. 3, The Shops of Columbiana on Main Street will host Littleton for a book signing from 10 a.m. to 12 p.m.

The entire community is invited to meet the author and find out more about her Bible study.