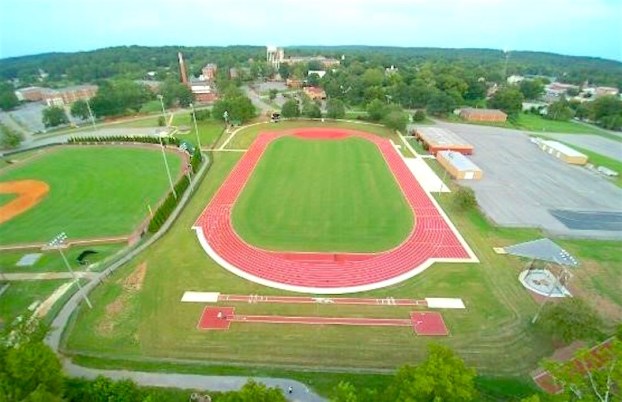 MONTEVALLO ­– The University of Montevallo will play host to the first football game in the campus’ history on Saturday, Aug. 10, when the current lacrosse/track and field complex is turned into an eight-man football field for the inaugural Shelby County 8-man Football Classic.

“It’s a great opportunity to bring these young men to the Montevallo campus and expose them to our athletic fields,” said Montevallo Director of Athletics Mark Richards. “We’ve had a great relationship with Shelby County. It will be a fun night for the student athletes and for their parents.”

New Life will take on Tabernacle at 4:30 p.m. to kick off the event, and will then turn around and play Trinity at 5:30 p.m. Those two games will be followed by the Evangel Lightning taking to the field at 6:30 and 7:30 against Tabernacle and Trinity, respectively.

“This is exciting for the school and everybody involved,” Evangel head coach Tim Smith said. “It’s going to build some excitement, but to be honest, one of the reasons we are doing it is because 8-man football in this state is pretty big. It is real football. People don’t think it, but it is.”

Before the four teams take to the field on Saturday, the festivities will begin on Friday, Aug. 9, at 6:30 p.m. with a banquet honoring the four teams.

“We’re so grateful to the AD and assistant AD for allowing us to do this,” Smith said. “With 150 kids on their campus, it gives some of these kids a chance to be a part of an atmosphere they may not get to experience otherwise.”

Being from Shelby County, having gone to the University of Montevallo for a period of time and having coached in the area for many years, Smith knows this isn’t just big for his school and the university, but the kids and the community.

“We know this won’t be big for just Evangel, but the community,” he said. “We want to have a lot of people coming to the game. Montevallo has graciously opened their doors to us.”

Bleachers will be brought in and the lacrosse field located at 985 Shelby St. will be lined for a typical eight-man football game.

The idea came about when the original preseason tournament Evangel was scheduled to play in got canceled. Soon after, the county came to Smith and brought up the idea of playing a local kickoff classic, and the idea was born.

Now, Smith hopes it’s something that won’t just stop with this year, but will continue into the future.

“I think if it gains some momentum, this could be a multi-year thing,” he said. “I’m hoping this time next year we have eight teams that want to play, four from Alabama and four from other states.”

The opportunity for the athletes and the community, as well as what it means to the university, is set to make this inaugural event special for everyone involved.

“For me it’s more exciting than it was to the players because I was born and raised in Shelby County and attended Montevallo for a little while,” Smith said. “It’s pretty neat to bring the first football game there. I don’t think the kids realize quite yet how big this can be.”

Either way, they’ll strap up the pads and be more than ready for the historic moment after a summer full of preparing for a new season.

By ALEC ETHEREDGE | Sports Editor PELHAM – Coming off a special run to the SPHL Presidents Cup Finals in... read more