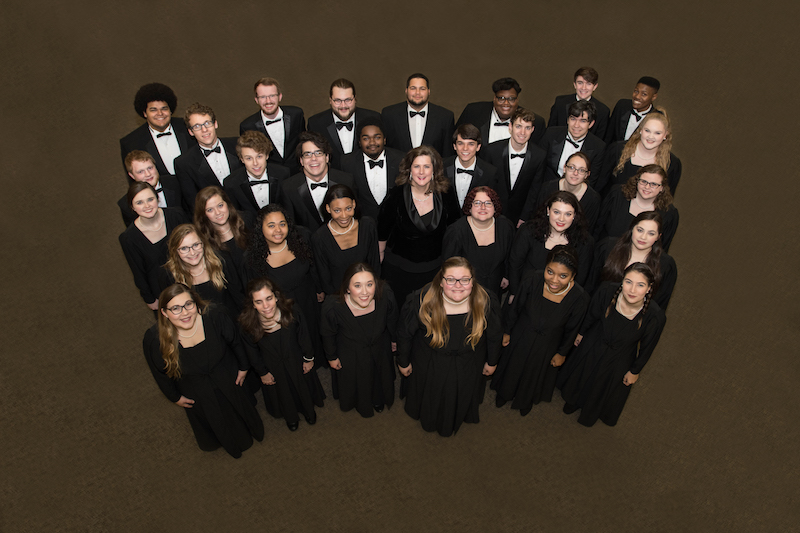 The University of Montevallo Concert Choir was selected to perform at the American Choral Directors Association Southern Region Conference in March 2020. (Contributed)

The University of Montevallo Concert Choir, under the direction of Dr. Melinda Doyle, has been chosen to perform at the American Choral Directors Association Southern Region Conference in Mobile from March 11-14, 2020.

“Being invited to sing at the ACDA Southern Division Conference is an amazing opportunity for our students,” Doyle said. “Not only is it a prestigious honor for our choir to perform for some of the finest choral musicians in the region, but also it will be an inspiring and exhilarating experience as they continue to develop an even greater love and appreciation for the choral music art form.”

Montevallo was chosen to perform at the conference based on audio submissions from the past three academic years, and its accomplishments and performing vitae.

The full schedule for the 2020 ACDA Southern Region Conference, which will carry the theme “Lift Every Voice,” will be released this fall.

The UM Concert Choir is the premier choral ensemble at the University, and is comprised of students in the Department of Music and non-music majors. The ensemble is coming off its February debut at the historic Carnegie Hall in New York City, after which it also performed at the Cathedral of Saint John the Divine in New York City and the Basilica of the National Shrine of the Immaculate Conception in Washington, D.C.

“On the heels of the Concert Choir’s performance at Carnegie Hall last spring, it is a distinct honor for our ensemble to be one of the few choirs to be invited to perform at this prominent national conference,” said Dr. Steven Peters, dean of the UM College of Fine Arts. “The quality of our Concert Choir is emblematic of our commitment to excellence in the arts.”